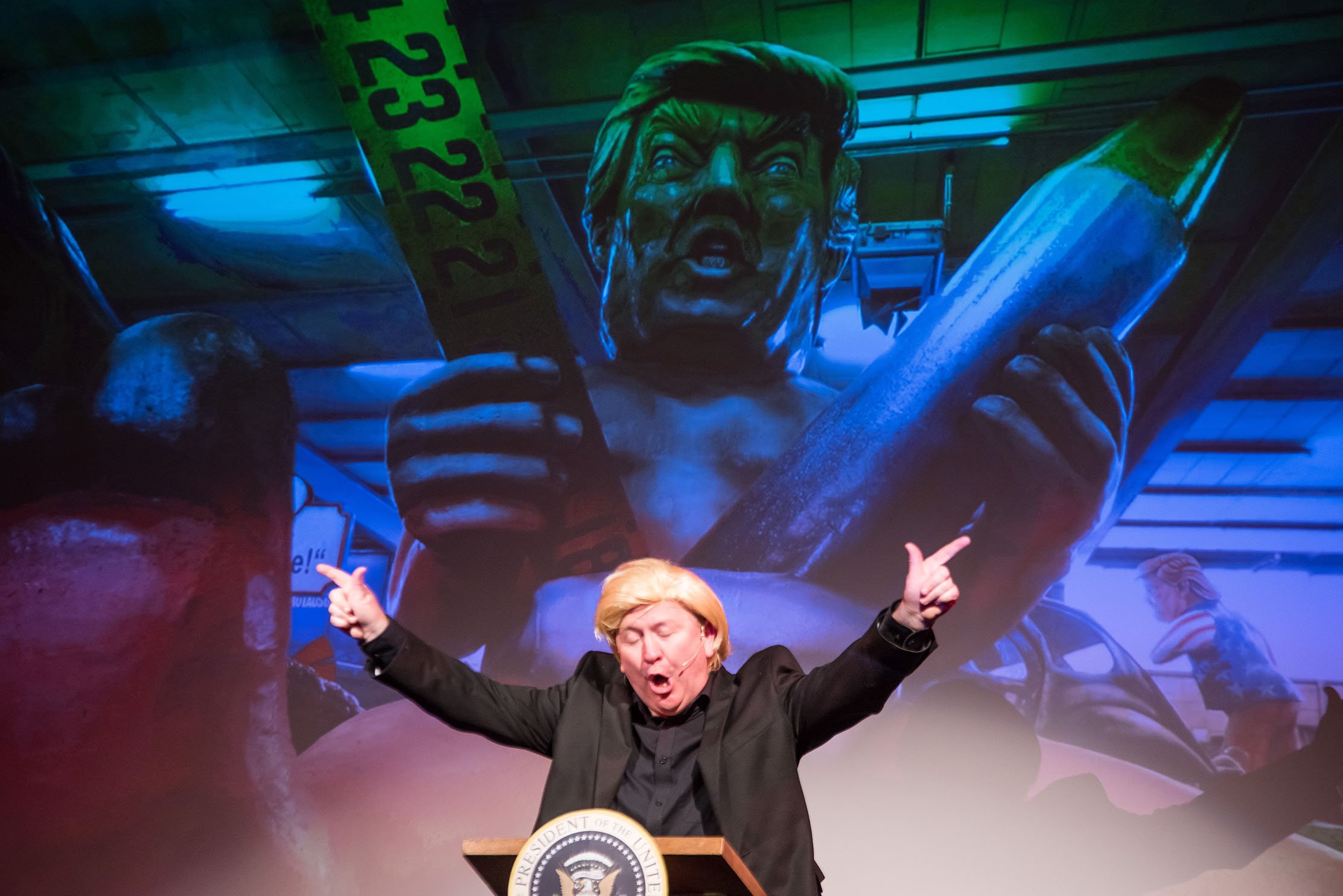 You can expect pithy dismantling of the more world’s more ridiculous events, like US political uproar, Brexit fallout and fake news.

Sponsorship has come from from Labels with additional support from Breeze Associates and the Adelphi Group, along with loads of support from Latest TV. The Treason Show is broadcast on 13 local TV stations across the UK, available on Channel 7 on Freeview and Virgin 159.

The show is also on the list of nominees for “best TV sketch show” for the British Comedy Guide’s Comedy awards. Fans can cast their votes at: www.comedy.co.uk/awards/2020

The Treason Show returns, for fortnightly shows, to Latest Tv on Thurs 11 Feb 2020