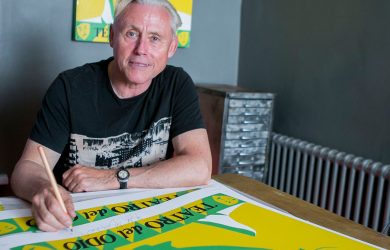 Brighton-based singer Kirk Brandon of British band Theatre of Hate, in conjunction with the legacy of late local artist Simon Dixon, are releasing a limited-edition print signed by the legendary rock frontman.

The previously unreleased portrait of Kirk was originally painted in 1999, as part of Dixon’s ongoing work with icons of popular culture. Part of the proceeds from the signed edition of 25 will be going to The James Cook NHS Hospital in Middlesbrough whose staff saved Kirk’s life after a serious heart complication on tour. 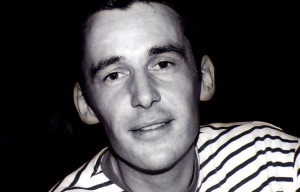 Simon Dixon died last year aged 50 and when Kirk was approached about the idea for the prints he said: “When I first saw Simon’s work I was amazed at the vibrancy of colour coming out of them. His art almost belies the craft that went into producing it. A resurgence of his work is long overdue”

The prints went on sale this week and are available via: www.simondixon.net. Signed prints are 80x66cms

Theatre of Hate are also playing at Patterns in Brighton on Fri 9 Nov, as part of a huge UK and European tour. Tickets are available now, at www.kirkbrandon.com

For further information, check out: www.simondixon.net with updates on Insta on: jojodixie66art