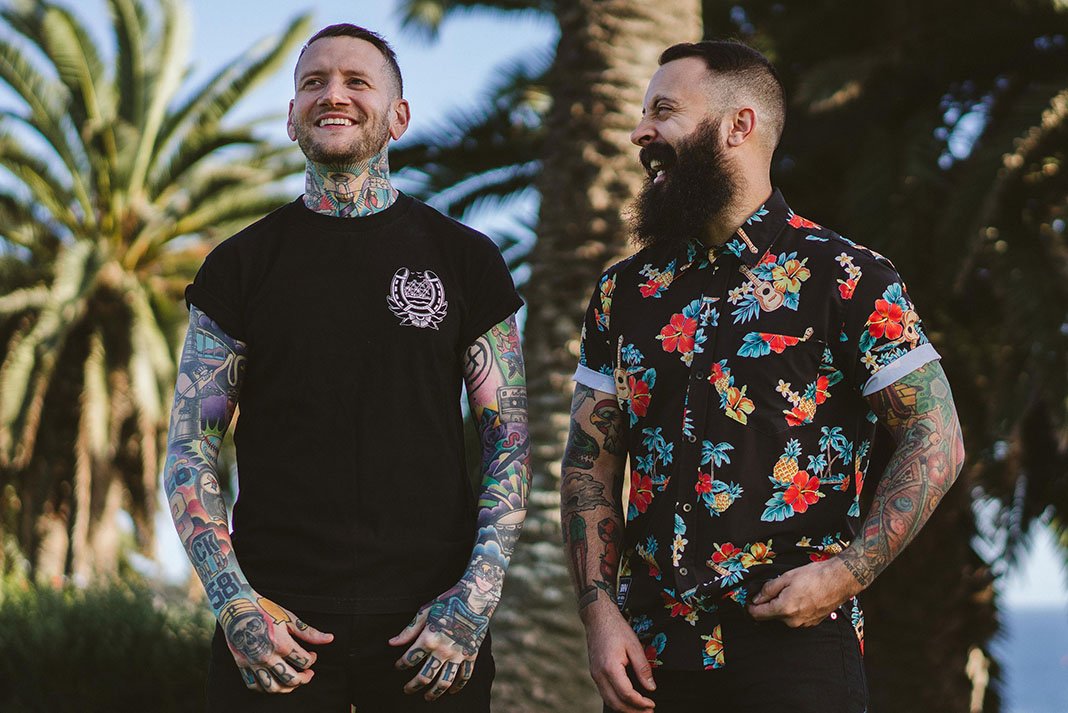 Multi-instrumental acoustic duo, This Wild Life, headline Brighton’s The Haunt on Sat 9 Feb. Comprised of two drummers, Kevin and Anthony, the pair met in their early 20’s and realised although they were raised on opposite ends of the country, their musical journeys were strikingly similar. Like many teenagers, they’d listened to a wide variety of music ranging from Blink 182 and Dashboard Confessional, to Earth Wind & Fire, and Snoop Dogg.

Fast forward about a decade, and they met working at a Guitar Store. They started a band together, and at first it was loud with drums and electric guitars. Gigging the local circuit for years and on the verge of giving up, they changed their sound. Making a full-length acoustic record with Aaron Marsh, this produced 2014’s critically-acclaimed Clouded and changed their lives.

They spent the following two years in a van traveling the world. Back to back Warped Tours, opening for giants like Pierce the Veil, and heroes like Dashboard Confessional and New Found Glory. Heading back into the studio with a batch of songs totally unlike the first record, they explored brooding tempos, electric guitar effects, and some ambitious full band tracks. Lyrically the record was reflective and self-deprecating. It reached to the darkest corners of my mind and just fucking stayed there. It was exhausting. Creative departures can be that way, and I’m glad that we explored our sound to find what we truly love about creating music. That record was called Low Tides.

Recently they started work on their latest album.  Early in the writing process they made a mutual decision to make something which felt brighter, more up-tempo and something they’d personally want to listen to every single day. They limited the arrangements to only instruments that are physically played. You’d think these limits would’ve confined us, but the opposite occurred. It opened the door to some of our most honest and explorative songwriting to date. They hate it when bands tell you a new record is their “best shit yet” or “more mature”. That’s not for them to decide, it’s for the listener. The band are now travelling with new release Petaluma, and its songs are yours as theirs.