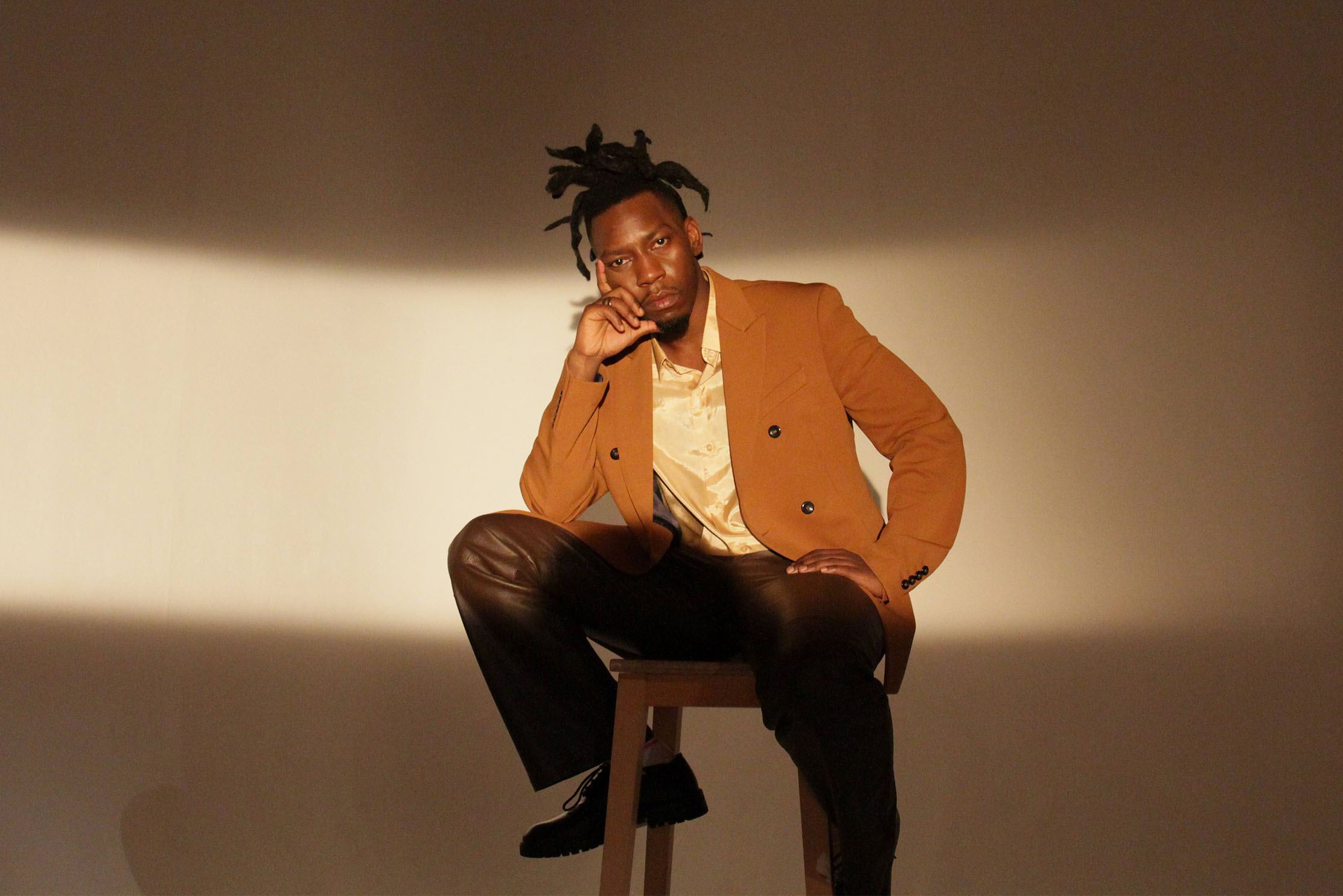 Tanzanian-born and London-based, singer, songwriter and producer, Tiggs Da Author, will be setting UK music alight this month with his long-awaited debut album. Released on Fri 12 Month, via Alacran Records, Blame It On The Youts offers the next step in his fascinating career.
Recorded in the legendary RAK studios with engineer Jonathan Quarmby (Lewis Capaldi, Tom Walker, Plan B), it features an eclectic and compelling blend of British nu-soul, Afrobeat, Afrojazz and Afrosoul. It’s an collection which is reassuringly bold, bright and brilliant, packed full of hard-hitting messages. Born from frustration, it continues Tiggs’ ambition to inspire and enable change. This is an album that lyrically resonates in the current climate. It’s an album that has something to say.

We’ve already heard a teaser for this promising debut, in the form of single Fly ‘Em High. Featuring UK rapper Nines, with whom he performed on and co-wrote the track Oh My (used with devastating effect in Netflix’s Top Boy), it offered a powerful depiction of the cracks In modern society. The video saw Tiggs and NINES keep watch of the traphouse, where vampirism rules – a powerful metaphor for today’s youth adrift in a broken, failing system.

While the album is biographical, its core sentiments resonate with all of us – discussing ambition, knowledge of self and learning from mistakes. Tiggs has also woven in some of the rich musical heritage from the African continent. Influences from Mali, Congo, Africa, Tanzania and Nigeria all collapse in a truly international selection of work.

Growing up in New Cross, London, Tiggs loved football first, and played to semi-professional level, but then became enraptured with the exploding grime scene. North Londoner Sway took him under his wing, mentoring the young artist, helping introduce him to labels and ultimately cooking up a collaboration between Sway, Tiggs and YouTuber-turned-musician KSI.
Now Tiggs presents a debut which amplifies the success of the African wave of artists, while charting his journey, his story and his success across an incredible 12 tracks.

With Tiggs Da Author’s debut album, Blame It On The Youts, hitting everyone’s ears on Fri 12 March, BN1 caught up with this sublime talent for a quick chat.

How did you feel about going into a studio for such an extended time? Recording an entire album seems like quite a big endeavor…

Well to tell you the truth a lot of the songs had already been written before we went in to finish the album. It took a long time. But I’m so pleased with the finished product. I’m glad we waited till we had the right songs in their best form.

Did your ambitions as a producer expand with Blame It On The Youts?

I produced some of it. But, of course, my ambitions are always expanding. I produced more of my mixtape Morefire. Hopefully, I can continue to hone my craft as a producer as I go on. I produced Nasti Riddim with Not3s and also Pretty Girl for Stefflon Don.

Do you think the album succeeds in combining the sounds of continental Africa with those of South London?

Yes. So, the album is a reflection of me and my mind-state. So, of course, it is going to have parts of me. And parts of me reflect Africa and part of me reflects South London so it feels authentic to me. Hopefully, people like it too. 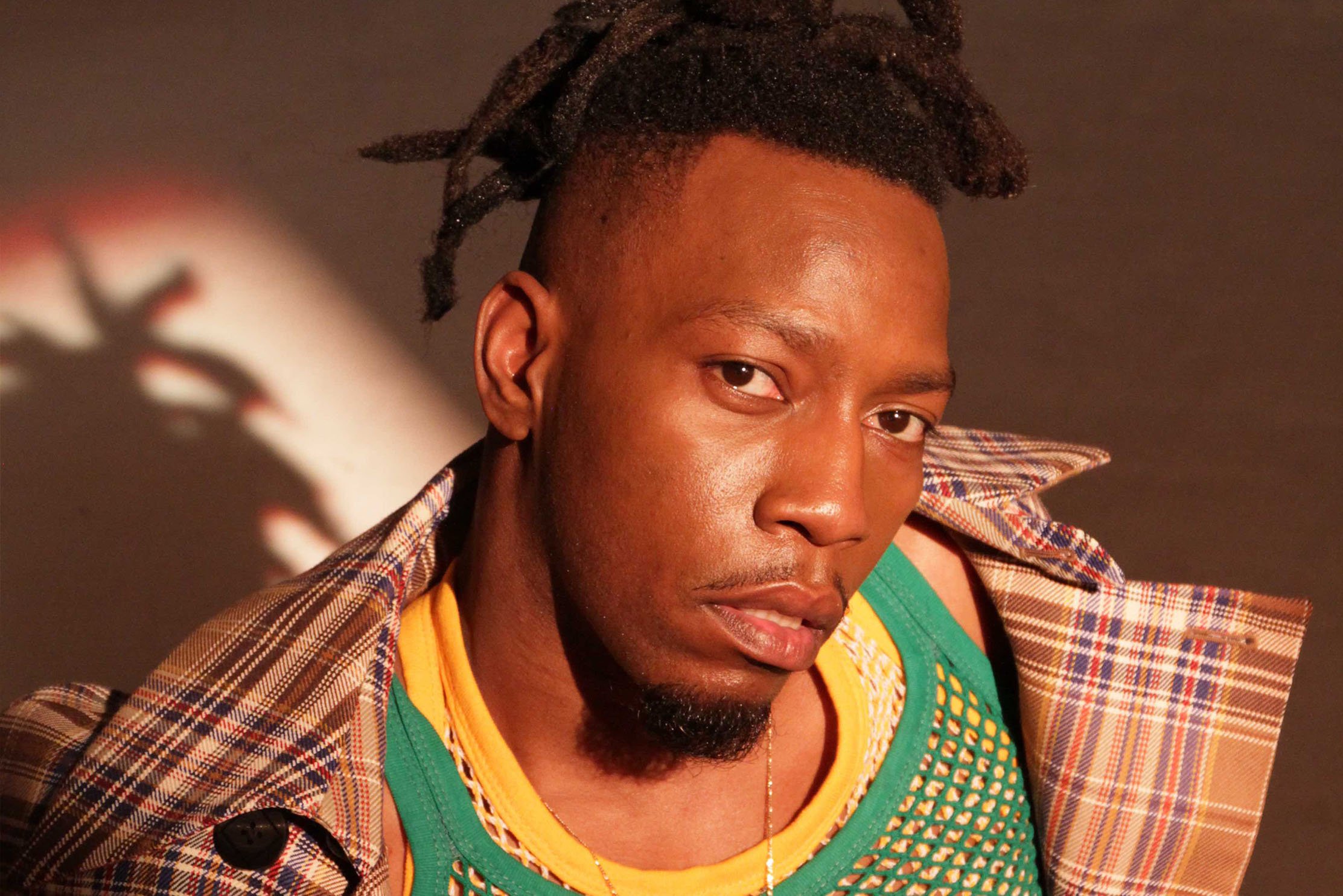 Being relatively self-taught as a songwriter and producer, do you think it has freed you as an artist?

It has meant that I can be quite self-sufficient. Especially during lockdown. But my ideal situation is collaborating when I make music. Whether it be with another producer, a rapper, another singer or whoever.

Your music is clearly shaped by your life experiences, including returning to Tanzania, but is it also just as much shaped by the technology you use?

Not really. I can make music with anything. It’s more about the places I go, people I meet and things I see.

Can certain references or phrases in songs act as emotional shortcuts for what you are trying to convey?

Yes of course so for example ‘Suitcase of Sins’. It’s a metaphor for being heartbroken and treated badly in a relationship. Your loves broken my wings. I think use of metaphor and references are really important in my music.

How much does good music depend on creating a sense of community?

Yeah, I think it’s important to some extent. You get some amazing music when communities are united. However, some of the best music comes from struggles and problems in society.

Is it important to for you to learn from and be influenced by your collaborators?

Yeah, absolutely. I always want to learn and grow, especially in a musical sense. I have been so lucky to be able to collaborate with some of the best artists and producers in the UK, Africa, and the US. I would like to collab more with international artists as time goes on.

Is there going to be a bigger ambition when you return to live performances?

Bigger shows really with more production but I have played some amazing festivals and venues so just want to return to that.

Tiggs Da Author’s debut album, Blame It On The Youts, is released on Fri 12 March 2021, via Alacran Records