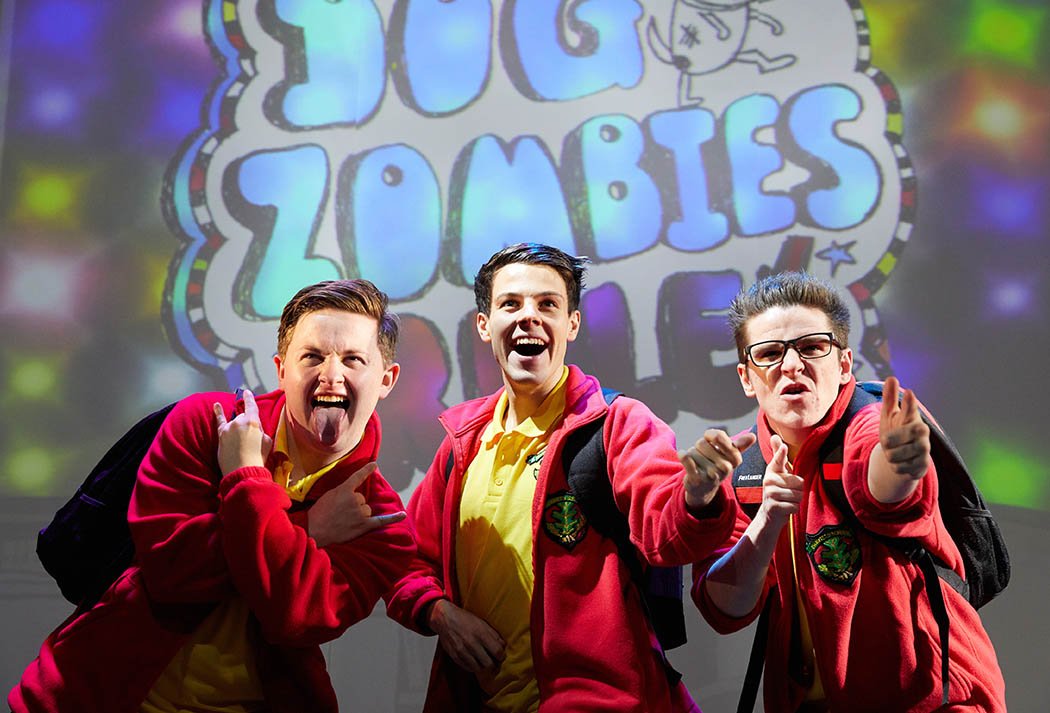 The award-winning Tom Gates series of books are coming to the stage of Theatre Royal Brighton for the very first time as part of a yearlong UK tour. The producers behind the Olivier award nominated Gangsta Granny and the celebrated Horrible Histories stage shows have teamed up with Brighton based acclaimed author and illustrator Liz Pichon to create a brand new story exclusively for the stage. Tom’s Brighton fans can catch up with him from Weds 2 – Sat 5 Oct.

The show follows Tom as he tries to keep out of trouble while things go increasingly wrong at home and school. It features favourite characters from the stories including Tom’s best friends teacher Mr Fullerman keeps his beady eye on them all. Things aren’t made easier when his grandparents – The Fossils – announce a big surprise and his Mum, Dad and sister Delia are doing everything to make his life difficult, which means Tom will need all the help he can get to save the day!

With 15 books in the Tom Gates series so far, Liz Pichon is a multiple number one bestselling children’s author and illustrator. Over 5 million copies of Tom Gates books have sold in the UK and abroad and the series has been translated into 43 languages. Liz has won over 20 awards including the Roald Dahl Funny Prize, Waterstones Children’s Book Prize for ‘Best Fiction for 5 to 12 year olds’, multiple Specsaver Bestseller Awards and a Blue Peter Book Award – and badge! In 2017, Liz was the World Book Day illustrator.

The Birmingham Stage Company are the award winning producers of David Walliams’ Gangsta Granny and Awful Auntie. The company produce all the Horrible Histories shows live on stage including the West End productions of Barmy Britain. The company also performs internationally, including David Almond’s Skellig on Broadway and Horrible Histories at The Sydney Opera House.

Tom Gates is an amazing adventure for all the family, especially for children from 5 to 12.The show is adapted by Liz Pichon and Neal Foster with music by Mark Flannery, directed by Neal Foster, designed by Jackie Trousdale, lighting by Jason Taylor and sound by Nick Sagar. .