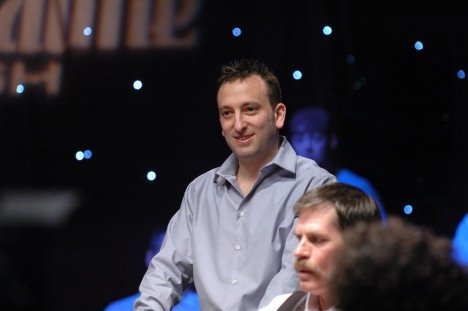 Brighton & Hove Albion chairman Tony Bloom wears a lot of hats. He’s been an entrepreneur, professional punter, poker player and even the owner of thoroughbred racehorses. He’s no stranger to a gamble, then.

Taking the top seat in the Seagulls’ boardroom in 2009, Albion climbed from the third tier of English football to the Premier League in 2017 under his leadership, where they have been ever since.  On his watch, Albion built their new ground at Falmer and secured sponsorship from American Express.

As well as a rise up the football pyramid for his team, Bloom has also enjoyed some big horse racing results at major meetings over jumps and on the flat. As an owner, his horses carry blue and white silks not all that different from some of the Brighton home kits.

However, on his day, Penhill was top class and won at consecutive Cheltenham Festivals. Despite being delicate and not taking a lot of racing, he landed the 2017 Albert Bartlett Novices’ Hurdle. One year on and, after 323 days off the track, Penhill was in the Cheltenham winner’s enclosure again following success in the Stayers’ Hurdle, a testament to his handler’s skills and owner’s patience.

Bloom now has the hugely exciting two-miler chaser Energumene in training with Mullins. Although he missed Cheltenham this spring due to a setback, he remains unbeaten over fences and recorded Grade 1 successes in the Irish Arkle at Leopardstown and the Punchestown Festival.

As a result of those exploits in the Emerald Isle, Energumene looks sure to feature in plenty of horse racing previews as one to follow for the new jumps season, provided he maintains and builds on his novice chase form in open company. Mullins has yet to win the Queen Mother Champion Chase, so there may be the usual hype about this being the one to break his duck in the race.

On the level, Bloom has also plundered some of the big flat staying handicaps in Britain. He has owned the winner of two of the last four runnings of the Cesarewitch at Newmarket, in Withhold and Stratum.

The latter is also in training with Mullins, but the former calls the Roger Charlton stables in Beckhampton, Wiltshire home. Withhold has the rare distinction of not only taking the Cesarewitch but also the Northumberland Plate at Newcastle and Newbury’s Marsh Cup too.

Bloom’s dabbling in racehorses has been pretty successful, then. He has also owned a Group 1 winning sprinter in Librisa Breeze, successful for Hertfordshire handler Dean Ivory on British Champions Day at Ascot in 2017.

Everything points to Bloom continuing his investment in both Brighton’s football team and equine bloodstock, as the Seagulls defy the odds and stay in the Premier League, while his horses deliver on the track.