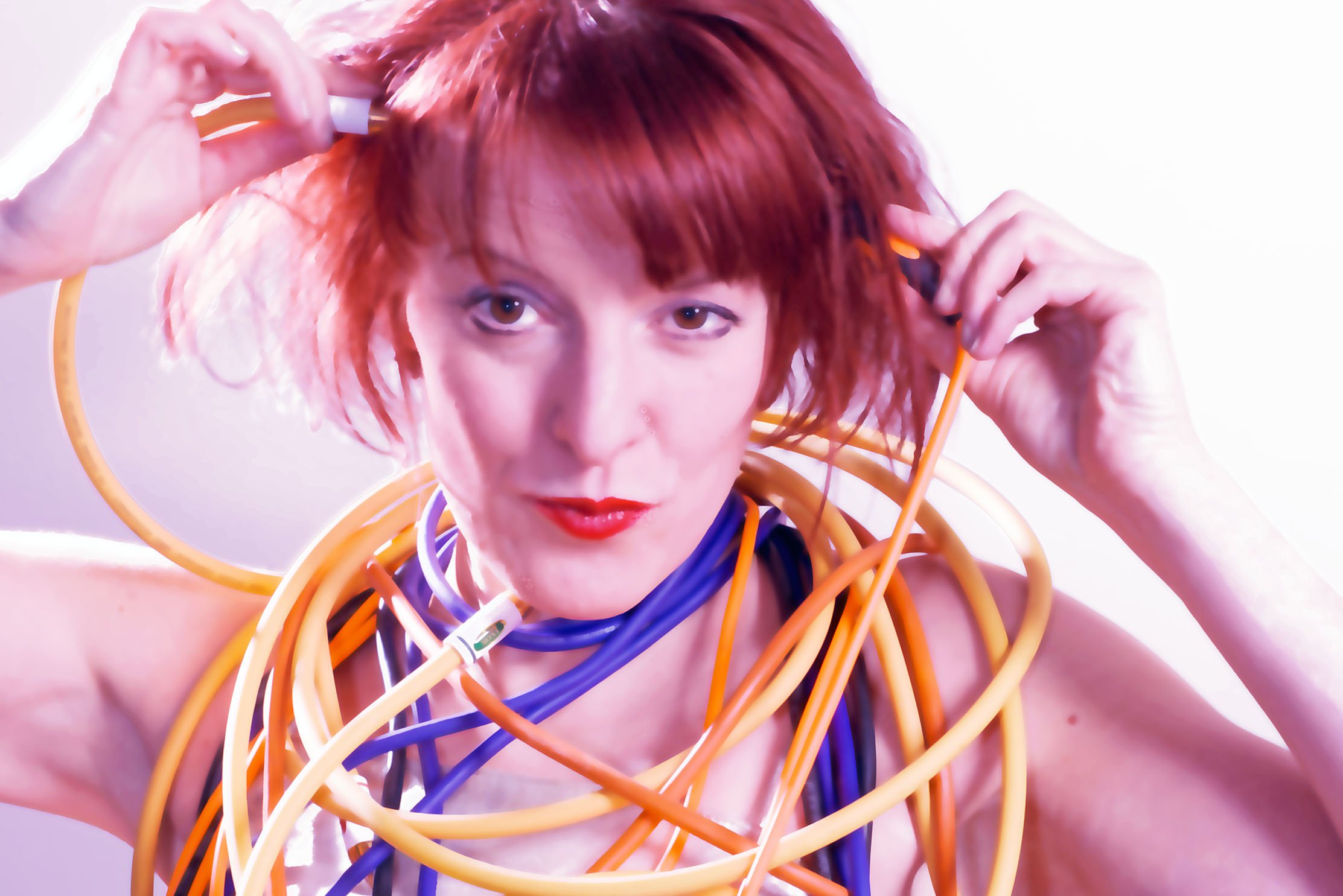 Totally Wired may not be for you if you aren’t passionate about music, and if you dislike electronic music, you probably won’t enjoy its quirks. However, if you are open to discovering the origins of the technology shaping modern music’s landscape, most of which we now take for granted, you will be captivated.

Hypnotique, the host of Totally Wired, takes the audience on an interactive educational tour through electronic music’s surprisingly lengthy history.

The audio-visual experience is fast-paced, with just enough time to let the multitude of facts sink in, which keeps the audience engaged throughout.

Audience participation is encouraged and correctly answering a question may result in being given a prize you don’t really want or need but are pleased to receive.

Visuals accompanying Hypnotique’s abundance of musical knowledge hold your attention, but where she really impresses is in a series of short performances on an instrument you may not have seen or heard before.

The Theremin is the first incarnation of an electronic instrument, but as Hypnotique admits: “As a classical instrument it failed but as an experimental instrument it was quite successful, you can make intriguing combinations of sounds.”

Her style blends both classical and experimental and is played over the top of guest performances which, quite impressively, adds where it could easily detract from the original pieces.

Guest appearances come in the form of videos, the performers may not all be household names, but they are accomplished contributors in their field. Each one has a unique but similarly quirky story to tell.

Totally Wired avoids the pitfall of becoming a lecture thanks to the input from the multitude of guests and Hypnotique’s live performances. Instead, it takes the form of possibly the most stimulating musical history lesson you will ever have.

Speaking afterwards Hypnotique summarised the show by saying: “Unlike genres such as punk, there are multiple philosophies within electronic music.”

CHHIPA – New kid on the block

It is a testament to the performance that a myriad of these electronic ideologies are explained throughout the show.

The sing-along element of Totally Wired is slightly cringe educing, though having the lyrics presented on screen does at least give the audience a chance if they wish to participate.

The style of music varies tremendously throughout and is, on occasions, particularly eccentric, expect to hear some combinations of sounds you haven’t heard before. On first listen these don’t always blend smoothly, but overall Totally Wired produces a thought-provoking audible journey which gives an insight into how music became accessible to all.