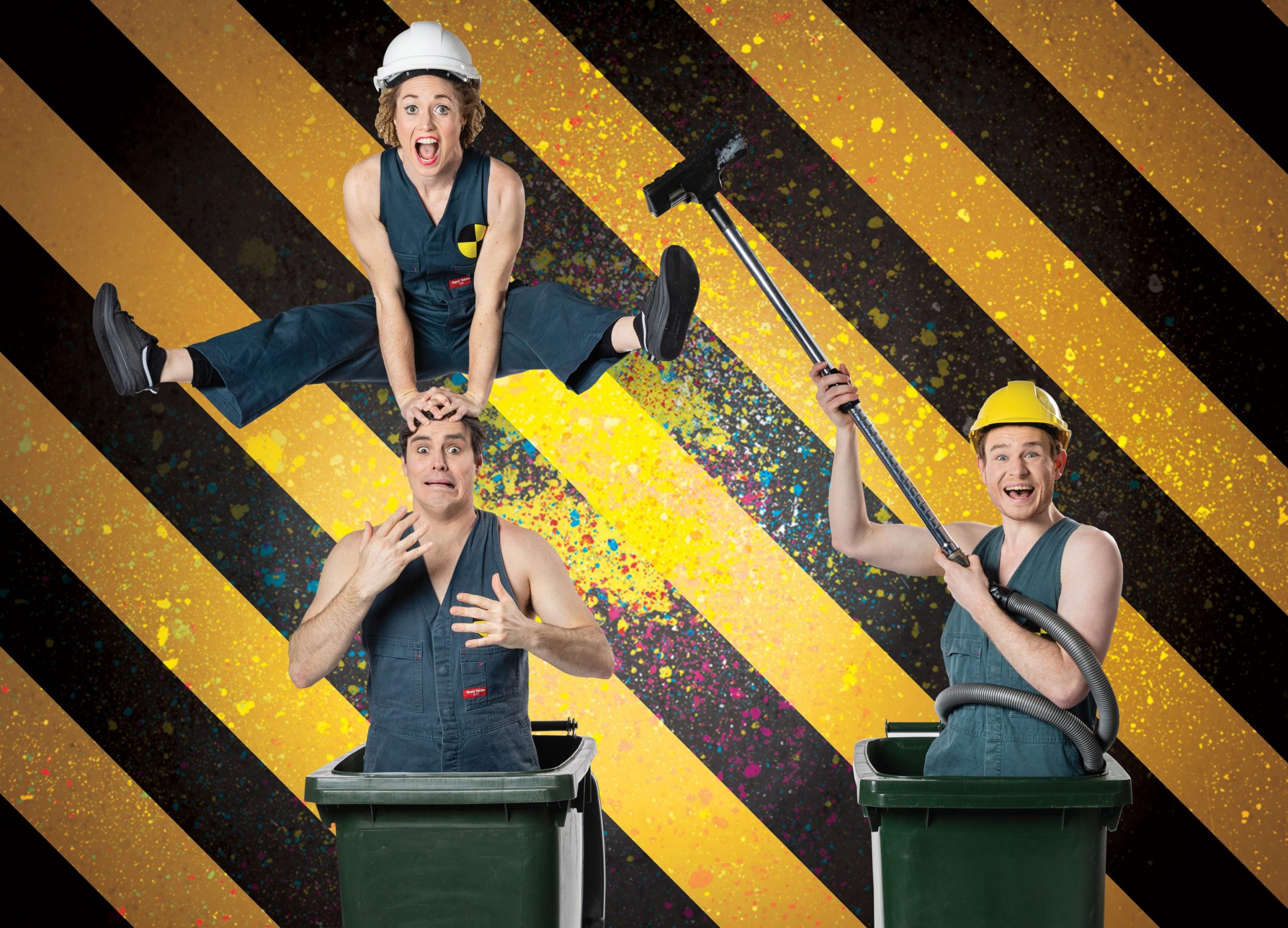 Calling all recycling fanatics – Put out your bins!

Cleaning up the streets and stages of Brighton this May, are the award-winning wheelie bin masters Dummies Corp with their wacky show Trash test Dummies.  And it’s not even bin day!

Fresh from their sell out shows at Edinburgh Fringe, the winners of the best Children’s presentation at the Adelaide Fringe Festival 2016 and 2015, and runners up for children’s choice award 2016, are bringing their latest wheelie fun show Trash Test Dummies to Brighton Fringe.

Set to be a side-splitting show full of cheeky antics and clean fun, the circus extravaganza hopes to have everyone in fits of laughter – kids and adults alike.

Balancing comedy and wheelie good tricks, the circus trio mix the slapstick clownery of the Three Stooges with their own unique twist on mime and juggling, all whilst never leaving their fabulous bins behind. The show transforms the everyday item into a platform for wonder for the trio of cheeky cleaners to spin off of.

As Nominees of the 2015 Perth Fringe World Circus Award, and winners of the Gas works Circus Showdown 2014, this year’s line-up of the family friendly crash test dummies will be made up of performers Leigh Rhodes, Thomas McDonald and the first ever female trash test dummy Amy Nightingale-Olsen.

Originating in 2013, the show is the brainchild of the extravagant circus performers Jamie Bretman, Jack Coleman and Simon Wright. Since those days the dummies have visited the stages of Australia, Asia, and Europe, picking up trash and awards along the way. They have become a firm favourite up at Edinburgh Fringe and will be sure to dazzle audiences at Brighton Fringe with their cirque du bin day style. As they say themselves: “We want the atmosphere to be fun and engaging where the performers inspire the audience through their childlike sense of joy and imaginative play.”

The Trash Test Dummies will be performing on Thursday, May 22 – 25 at 4pm at The Warren: The Hat, Victoria Gardens, Grand Parade, BN1 1UB