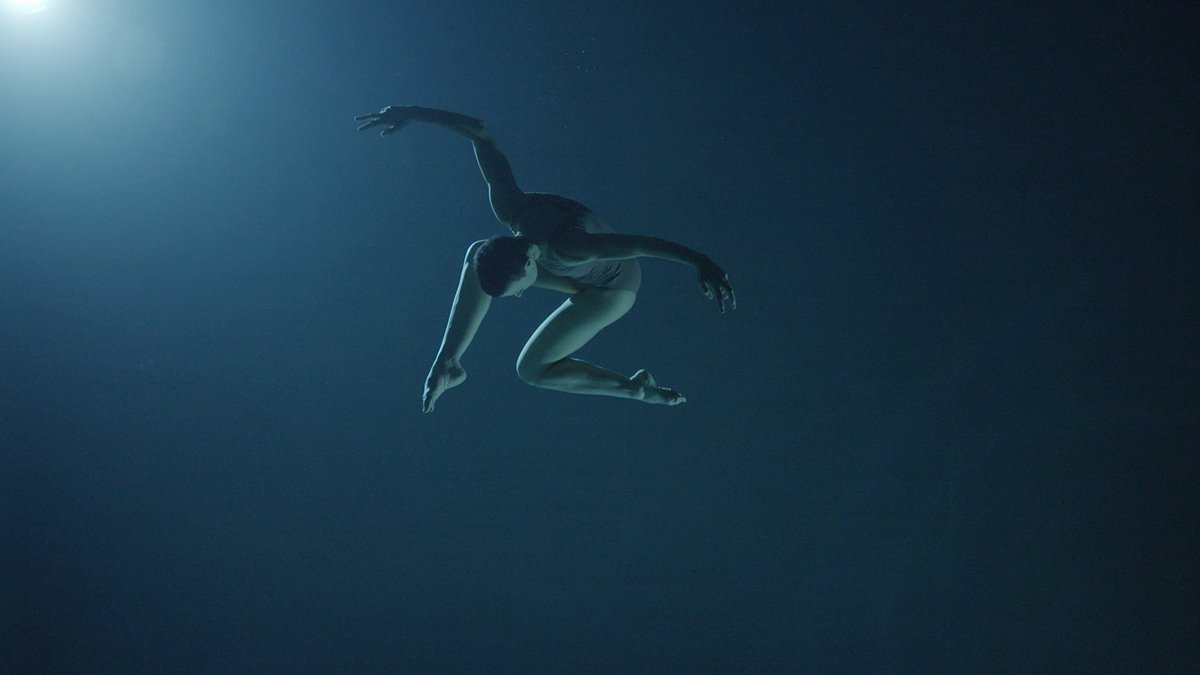 It’s been a long two years, but Brighton Festival is finally due to return in its familiar format, in-person and bigger than ever. “It’s just great that it’s back to full strength,” says Tristan Sharps, dreamthinkspeak founder and 2022’s Guest Co-Director at the festival. “It’s been a couple of years, so it’s just great.”

For the first time, the festival is welcoming two Guest Co-Directors. Celebrated Syrian architect and author Marwa Al-Sabouni joins Sharps, enabling both local and international perspectives in the programme. So, what kind of guest director is he intending to be? “I don’t think of it as a figurehead situation. Both myself and Marwa Al-Sabouni have been heavily involved in the creation of the programme. But it’s a joint effort. There’s a fantastic team at the festival, who’ve been having conversations with artists for years. It’s joining up these with all the new conversations that she and I have ignited.”

The pair have chosen ’Rebuilding’ as the theme to inspire this year’s programme. “It can be seen as quite a broad umbrella, but it’s not simply about physical rebuilding, because that’s something Brighton has been doing a huge amount of in recent years.  For me, it’s about relooking, and renewing your relationship with the environment and the world you live in.” Like many of us during lockdown, he’d be out on his permitted hour of exercise, wondering at the fantastic buildings and spaces in Brighton we normally take for granted. The city is blessed with innumerable eccentric landmarks, funky urban areas and hidden parks, and making use of these undervalued environments forms the core of dreamthinkspeak’s practice.

His company’s new commission for Brighton Festival takes audiences on an adventure in spaces which most locals will know well, just as a momentous occasion starts to unfold. Titled Unchain Me, it brings to life a cell of mysterious activists who are on a mission to save the world.

“There are many different processes in art, and I wouldn’t say I have one fixed approach. But, for me, the act of creating something is the act of it becoming itself. The whole thing is a discovery. It’s important to keep that alive in a project.” The work takes numerous reference points from Dostoyevsky’s The Possessed, a book characterised by an epic struggle for control of a nation’s identity, coloured with good, evil, nationalism and hope. “When I think about the book, and its relevance to today, there are certainly some issues around social media and fake news. People are ready for change. There’s something in the air, especially around young people.” It’s very much about using art as a medium to propagate ideas and spark conversation. The way we communicate facts and opinions has been shifting in recent years. Something which has been hugely exacerbated by lockdown.

Sharps suggests there are some fantastic aspects to social media, but some parts of it can be quite difficult. “In a way, the fault always lies with people. Social media is just another outlet which shows our best and worst. Whenever a new form of communication evolves, it’s simply a conduit for us to reveal ourselves as we are, with all our strengths and weaknesses.” He says there’s no specific political agenda in the project; it’s more about inspiring audiences and allowing them a space to come to their own conclusions about their experience.

Using technology to create slightly out of phase, site-responsive realities, the questions dreamthinkspeak ponder are becoming more ambitious. They’ve enjoyed a long relationship with Brighton Festival, which has seen them produce acclaimed works such as a record-breaking promenade interpretation of Chekhov’s The Cherry Orchard in London Road’s old Co-op building, and a meditation on Shakespeare’s Hamlet as part of the World Shakespeare Festival. “I’m always very wary of the word ‘immersive’ which sometimes gets used with our work.” Their projects don’t simply place participants in a pretend environment, but instead make interventions on the everyday streets, buildings and issues which we live amongst.

It’s never going to be something which tells an audience what they are emboldened to think and feel for themselves. In some respects, Unchain Me returns to elements of their earlier shows, only now there’s 23 years of experience and better technology to inform their work.

Art and technology have always been symbiotic. From the early days of metalworking, through to the printing press’s invention and up to the modern multi-media world, tech has enabled new working practices for artists, and art has often demonstrated the possibilities for what’s being developed. It drives new disciplines and techniques, and new ways of participation. Clearly, it’s an evolving toolkit, which is constantly being examined. But it’s not going to make the work for you. “When there’s a resurgence of technology, there’s a massive surge of art and practices. I think we’re still waiting to ignite that. There are many things which could make it easier for artists to engage with technology. There are companies who are brilliant at creating platforms and systems, which is fantastic, but the costs are often in the commercial sphere. We need to look at how we can create access for artists.” The Arts Council have done a really good job of setting up funding and widening participation. And artists can get onto the lower rungs of the ladder, but many are still held back in their ambitions. “That really needs to change if we are going to see the same resurgence, like the books, pamphlets and writing that happened with the printing press.”

He says he can’t wait now to be an audience member in May. “It’s been great being involved in it, and I’ll continue to do that, but I just want to be able to see stuff, because it’s not something I’ve done a lot of in the last two years.” The whole of Brighton Festival seems like a coiled spring, both audiences and artists ready to realise 24 months of pent-up energy. There’s a keen interest in what his co-director will be bringing to the festival. Al-Sabouni has collaborated with Syrian architect Ghassan Jansiz to design an entirely new space on Hove seafront. “It’s going to be something which we haven’t seen before at the festival, and it’ll be an extraordinary landmark and hub.” Intended for social and artistic exchange, The Riwaq has been inspired by her own Syrian architectural heritage. It will highlight the creativity in our communities and host projects from festival programming partners Carousel, Little Green Pig, Best Foot Music and In-house Records.

The two Guest Co-Directors have been friendly for several years, first meeting while Sharps was researching a project inspired by the Bauhaus art school. He had developed a side-interest in Le Corbusier and came across Al-Sabouni’s book The Battle for Home, which partly stood in opposition to the French architect’s 1923 masterwork Towards A New Architecture. She uses design and urbanism to explore the roots of Syria’s unrest, advocating that fairer development could deliver an eventual reconciliation. “It’s a really interesting one, because Le Corbusier was a wonderful architect. He was fuelled by Bauhaus and inspired a lot of post-war city development. But when you read his book, it’s quite extreme. It’s a manifesto. I can see how it could be interpreted in the wrong way.”

In contrast, The Battle for Home looks at the impact of colonialism and its modernist buildings. Al-Sabouni suggests they caused social fracturing in Syria, as high-rises were thrown up to accommodate an influx of people moving to find work. “There was a very organic architecture in those cities, which evolved over time. No matter what their religion, people were living side by side, peacefully. Her notion was that the modernist vision was not appropriate and opened up some of the cracks which eventually led to the civil war.” Upon meeting, the pair quickly struck up a friendship, based around mutual love and enthusiasm for the role of architecture. He says being a guest director with Mawa is fantastic, allowing for balance between local and international talents. “We need to be aware of the soil we come from, but also not restrict ourselves from growing out into the world.”

And scene! All the best in theatres in Brighton this June

Among all the great works gathered for this year’s season, Sharps is enthusiastic about Emma Critchley’s Witness, which uses underwater dance, spoken word and science to link the human body to disappearing glaciers, and Written In The Body, a dance duet by Charlotte Spencer about memory and touch and consent. “There’s a lot of crossovers between the two. Emma has a lot of choreography in her work and Charlotte will often use film and technology. They both create pieces about reconnecting with ourselves and the environment.” He also has a lot of praise for Mohamad Hafez’s Journeys from an Absent Present to a Lost Past, which bring extraordinary miniature streetscapes evoking the ongoing Syrian conflict to Brighton’s Fabrica gallery.

There does seem to be a profound number of collaborative works in this year’s programme, something which might be an effect of lockdown. Perhaps there’s been a realisation that we can’t easily live and prosper in isolation. “Covid risked disconnecting us. There’s that need for connection, and for touch, which we’ve missed over the last two years. To move forward, we need to do it together.” It’s been a time when people have formed new social groups and learnt the value of the ones they already had. As time seemingly stood still, we started seeing nature again, and (hopefully) better understood the intricate connections which bind us. Perhaps these renewed and rebuilt connections can inform us on how to make a better world.

“Hopefully, Unchain Me will capture that sense of things changing. We have to create a new forward. The extent to which we do that and the pace at which we do that has yet to be confirmed. There are some people who would like the change to happen a lot more quickly than it is. And that’s going to be the really interesting debate moving forwards. I think it’s all made us a lot more appreciative of everything around us.”

Recent history has unveiled many questions for us. We can’t just tumble back to where we were before. Society has evolved, but there’s room to change it even more. Sharps doesn’t seem interested in creating work which simply helps us escape from reality. As with the wider festival, the ambition is to challenge our perceptions of our surroundings, then prompt engagement and discussion. “I’m definitely more interested in creating art which looks at the world and then, rather than trying to find the answers, look for the right questions and leave those with the audience.”

Brighton Festival comes to venues across Brighton, Hove and Sussex on Sat 7 May – Sun 29 May.