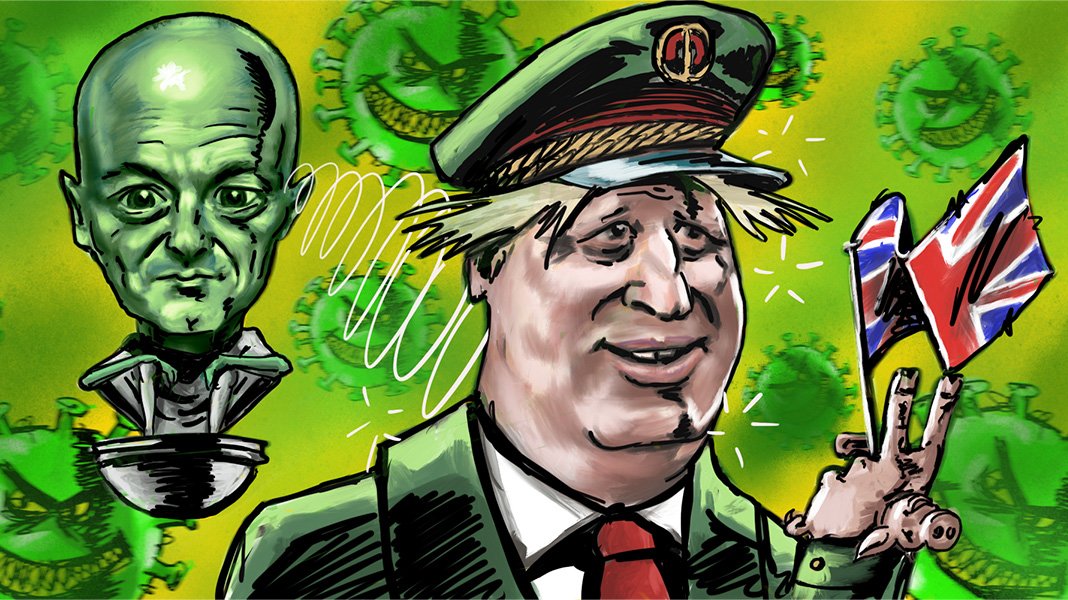 “Many more families are going to lose loved ones.” Boris Johnson 2020

Most people recognise death as that sick Scythe-wielding sociopath in a black cloak. Its a bit silly, but it does at least visually illustrate the cold heartless manner in which our loved ones are taken from us. In truth, death these days more likely comes in the form of politicians in the pockets of billionaires making poor decisions to please those that lobby favour with hard cash.

Fictitious military advice is not to go there; in the words of Colonel Jessop in ‘A Few Good Men’ “You can’t handle the truth”. But we all want the truth, right? I mean the majority of people still believe in Sky Fairies, but we all want to know what is real nonetheless, right?

The truth is, the more charming our politicians, the happier we are to swallow their version of events. Charmed to death, the UK currently boasts 11% of all recorded global deaths from the pandemic, the second-highest tally in the world. And whilst our charming PM thinks now is not the time to compare numbers, surely that truth can’t be swept under the carpet, right?

His cult following of 14 million voters claim population size/density should be considered whilst simultaneously ignoring the success in South Korea with a comparable size/density. They completely discard New Zealand on this basis without acknowledging that by their metric Trump is doing fantastically well as he can easily throw another 74,000 US citizens under the bus and claim “apparent success” as Johnson has unfathomably described his own current death toll by early May.

Discussion that the issue should actually be about preventing spread as early as possible is not a truth on the Facebook group for Peacehaven, Eastbourne or any other Tory stronghold I researched. Not because of a solid grip on facts, science or reasoning, but because they voted Conservative. Taiwan actually succeeding because they followed the UK global health strategy that was launched in 2008 – a scheme which once ironically saw this country as a world leader in pandemic responses.

Not knowing and getting it horrifically wrong is one thing, but knowing and then choosing to get it wrong is something far sinister.

Not everyone is hoodwinked of course – the FT reports at least 50,000 excess deaths – and half the country understands that this was caused by the Conservative’s decade of rule. The systematic dismantling of our NHS and the national pandemic response; from Lansley’s reforms in 2014 that were warned about pandemics specifically, to Hunt’s cuts of PPE/nurses and the failed pandemic Exercise Cygnus, where the warnings on the NHS and Care Homes were buried. The Tories have been playing a roulette game with a bullet that has long been identified as the biggest threat to UK national security. Austerity and Brexit being politically more important to their cause.

Then of course when it did come, testing and tracking was abandoned for herd immunity whilst the PM skipped five Cobra meetings and went on holiday. But even when The Times breaks this story, the majority of Conservative supporters ignore this scandal with quips “coulda, woulda, shoulda” and demands to “not politicise the crisis”.

“How on earth has it come to this?” said the leader of the opposition. Doesn’t he know? The facts are there for all to see. Isn’t he beside himself with rage? Or is he too busy playing QC to win his political game?

The truth is they are getting away with murder… well, manslaughter at the very least. And they are getting away with it because people are mostly apathetic. There was a huge shock at what was happening in Italy, but now we’ve surpassed that country, despite being two weeks behind, the nation shrugs at the inevitability of it all. ‘Stay Home. Protect the NHS. Save lives.’ This should have been the Conservative slogan for their supporters in any election over the last decade. But instead it serves to politicise the NHS as something the Tories actually care about. ‘Stay at Home. Save Lives.’ would have sufficed. Or more honestly ‘Stick your head in the sand and don’t question anything.’.

Was apathy born of the Great British mantra ‘Keep Calm and Carry On’? It has been force-fed into the country’s gut after all. But aren’t Carry On movies just awful? Where is the anger and passion about what has happened as the Government’s botched response leads to the worst recession in 300 years? Surely if the nation shrugs at the death toll, money will fire them up? It mostly elects Conservative governments on the mistaken believe they are good with money. Though maybe that’s another trait of the apathetic. Ask economists about Neoliberalism V Keynesian economics and they’ll tell you the last 40 years have not yielded the promised results.

Apathy is exactly what Putin wants for Russia of course, and his successful program of disinformation leads to a molasses of news that everyday folk struggle to wade through whilst scraping by in the day to day pressures life. And it only takes a 5G conspiracy here and a rumour of biological weapon there to reach the tipping point of apathy.

“I don’t think the data is there for conclusions” the Prime Minister declared in his first PMQs since he managed to contract the virus by defying WHO advice on handshaking. This echoes Gove’s seminal declaration that “Britain has had enough of experts” ahead of Brexit, which signalled the UK’s final leap into the post-truth world of Donald Trump’s multi-verse of alternative facts. And whilst some batshit theories about injecting disinfectant are actually debunked over theories about batshit, the tsunami of headlines all serve the same purpose; entertainment as an apathetic inducing drug.

What’s today’s scandal? A scientist breaking lockdown for a shag? Turkey sending PPE that doesn’t cut muster? A 100-year-old veteran turning the NHS into a charity? Yet another baby for the unfaithful PM? It’s all too much. The tipping point has been reached. We beg for no news.

We pray for a simpler time when we can wave flags and be part of an Empire that desecrated other parts of the world rather than this country. Even if that time never really existed. We want escapism. We want Tiger King. We want to be back in pubs, whatever the cost.

We don’t believe anything and we believe everything ‘may’ be true. Opinion is all that matters. Some people callously throw around numbers as if they are World War 1 Generals. Toby Young wrote at the end of March that the economic impact of lockdown and bailout was too high a price to pay even if the number of dead in the UK reached 250,000. And many Conservative voters agree with him. Despite the fact that the initial spread of the disease was of the complacent Government’s making.

Dominic Cummings and his ‘dog toy PM’ know this. “What matters is polling… what doesn’t matter is evidence” despaired James O’Brien on LBC.

This is not simply a UK problem with the truth, but a global one. I’ve had people from New Zealand tell me “Sweden are doing it right” – despite the obvious difference in death figures. When the Deputy heath minister fell ill during a live broadcast, the Iranian public wouldn’t believe anything coming out of the politician’s mouth even when it was the actual coronavirus. Distrust of politicians and the media fuels misinformation. The fact-checking of good journalism is dismissed as standards of all news outlets have fallen through the gutter. Satirical shows offer more truth than many ‘respected’ outlets – this is neatly summed up by The Daily Show running a section called ‘The Pandumbic’. Social media attempts to fight back whilst burdened with even higher examples of genuine fake news. There is no accountability.

So those in power get away with it.

Today my friend wrote to me that “COVID 19 in my mum’s home… all in-room lockdown so just a matter of time now, costing cremations.”

“How on Earth has it come to this?”, maybe Starmer could ask his staff? Ken Loach labelled Labour senior staff “a rotten disgusting clique” after the Labour Leaks scandal – which ought to be a concern for democracy, but managed just a few days of headlines.

Trust is critical in containing a pandemic, and in running a democracy. The Government has no interest in either. The proroguing of Parliament ought to tell us that, but we’ve pretty much forgotten all about it.

So where can we go for truth when the nation has no appetite for it?

Best take Love Island out of lockdown and give the country what they want. Who dares wins, but he who dares WHO won’t.

Illustration and text by Mark Davis