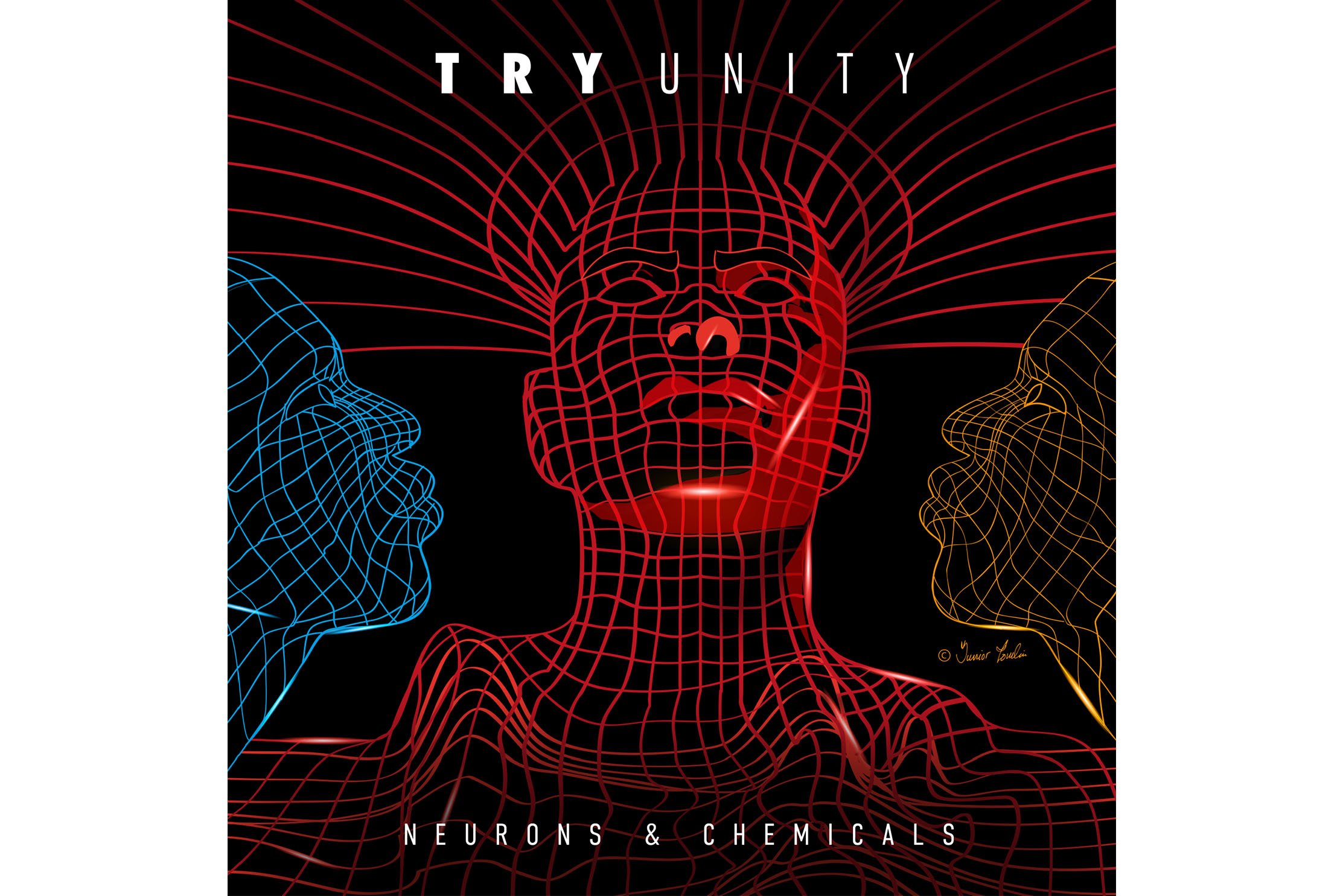 Already creating a fervent scene around them, Try Unity are one of those complex creatures which wouldn’t exist without a knowledgeable love for the past. But they wouldn’t succeed at what they do without a clear understanding of how they can improve upon that past. Unashamedly the children of 90’s hardcore breakbeat rave, they’ve the privilege of honouring their roots equipped with a resolute vision and a contemporary set of tools.

Their debut album, Neurons & Chemicals and its heady detailed soundstage give me a prefect excuse to dust of the house’s big speakers and finally inject a bit of life into a torpid lockdown week.

From the ethereal titular opener onwards, it’s a veritable circus of full-on rave action. There’s no denying those obvious nods to the past, but everything feels crisp and modern – even the gorgeous cover art from legendary rave artist Junior Tomlin. 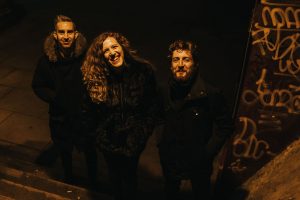 Breakbeat rave is seeing a boisterous resurgence at the moment. Not least in TV adverts and revival nights. But, Try Unity seem on a mission to take this music even further forwards, both technically and in the scale of its ambition.

Much of the original rave stuff from ‘back in the day’ sounds like it was recorded at the bottom of a pond, now everyone has access to high quality audio systems – not least club venues. If this is down to the circulation of rough rips from original vinyl, bad production or a maturing musical ear, I’m never sure. Even before the recording of Neurons & Chemicals, Try Unity were adding a modern sheen and coherence to this euphoric genre. As such, the engineering across the entire album sounds fresh, balanced and thoughtful. There’s no jarring hoover stabs sweeping in unexpectedly to wake your neighbours up at 2am or aggressively distorted drums (terrible kicks being a major feature of all 90s dance music – across any genre).

It’s all fluid and precise, each time tempting you to start another listen-through with the volume ‘just a little louder’. Although it’s tough to pick a stand-out tune from this varied selection of bangers, it’s got to be Vibe Chasin’ for me. Based around a simple riff and vocal line, these are extended and mutated into just over five minutes of pure rave bliss. Everywhere on the album, chunky breakbeats are urged onwards by chunky piano riffs and euphoric synth sounds. It’s unapologetically machine music for the soul.

The production bizarrely estranges the trio from many modern aesthetics in pop and dance music. The current trend is to compress the life out of every noise, in a vain attempt to win some imagined loudness war. Personally, I feel a little alienated by the proliferation of mushy, auto-tuned sonic soup in the charts. When did we stop wanting to hear individual instruments? (Perhaps the true revival is a return to bad mixdowns…)

It’s here you must applaud what Try Unity have done on their album. They’ve given each rhythm, loop and lush vocal line the dignity of its own space in the mix, while still slipping plenty of production trickery into proceedings. Breakbeat rave is again a bubbling underground scene. You listen to it up loud without some weird melange of over-processed signals setting off your car alarm. As such, it offers a collection of recordings which is distinctive and powerful.

Try Unity are succeeding in pushing an ever-influential genre onward, without abandoning the heady principles of the past. Equally at ease on your domestic stereo, on your car’s speakers or a massive dancefloor-shaking club system, this is the real deal. You’re going to want to turn it up and lose your mind.

Try Unity’s Neurons & Chemicals is released on Mon 1 June 2020, and is available for pre-order now from: www.raveradiorecords.com