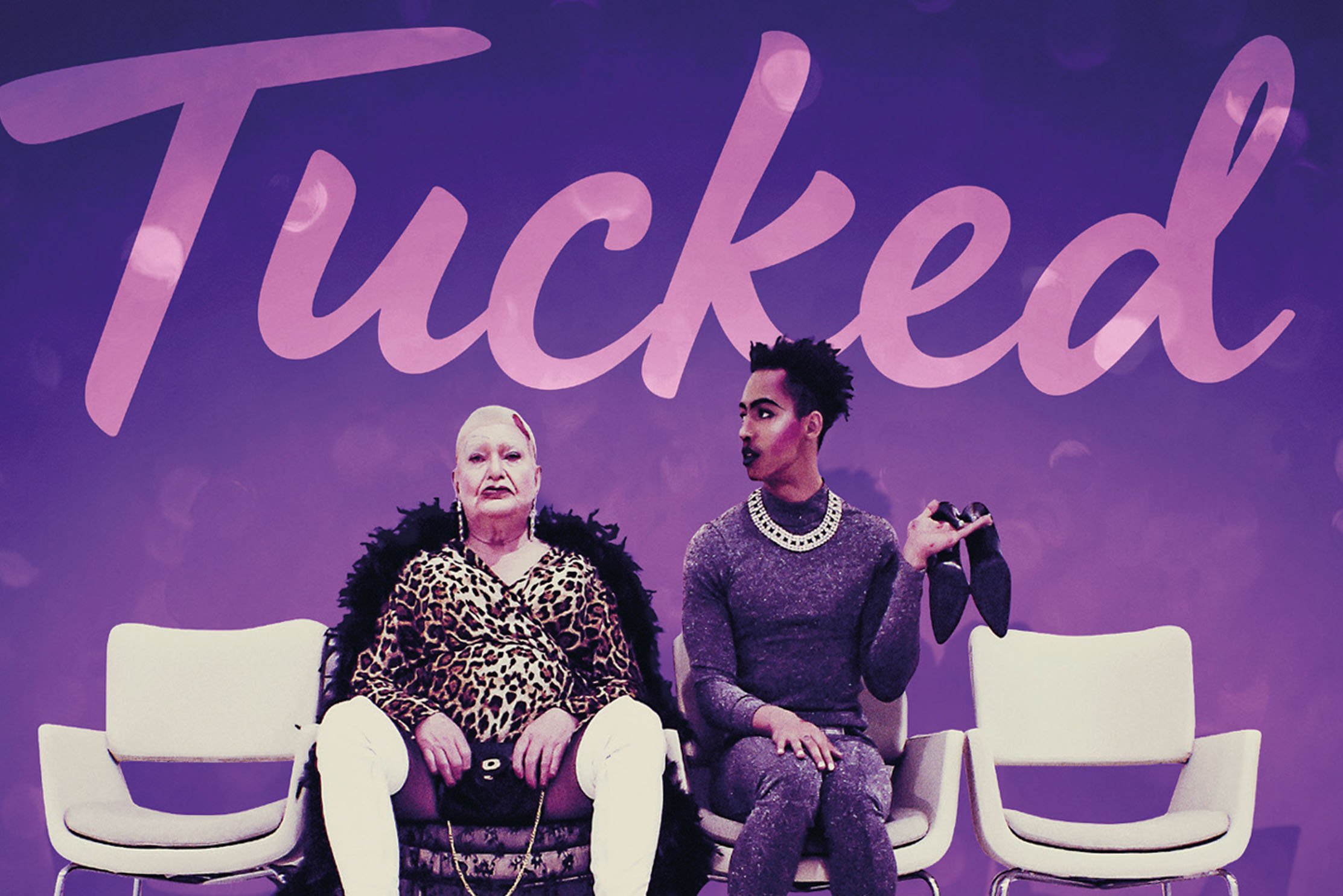 Written and directed by Brighton & Hove’s own Jamie Patterson, Tucked gets a digital and DVD release in September.

It’s a raw and tender drama about an ageing drag artist forming an unlikely friendship with a younger queen, as both struggle with gender identity and mortality issues. As they discover more about each other, they realise how to truly be themselves.

A story about love, loss and friendship with a great charm and sense of humour, Tucked features fantastic performances from Derren Nesbitt (Where Eagles Dare, The Naked Runner) and Jordan Stephens (star of Platinum recording artists Rizzle Kicks as well as films including Star Wars: Rogue One). From writer/director Jamie Patterson the film also includes wonderful supporting roles for April Pearson (Skins, Tormented) and Steve Oram (Sightseers, The End Of The F****G World).

Set in Brighton, Tucked is a classic British ‘slice of life’ story which echoes works like Funny Cow, Kinky Boots and The Dresser. The film is produced by Finn Bruce and features a fantastic soundtrack including Robbie Williams, Lola Coca, Eliza Shaddad, Celeste and many more.