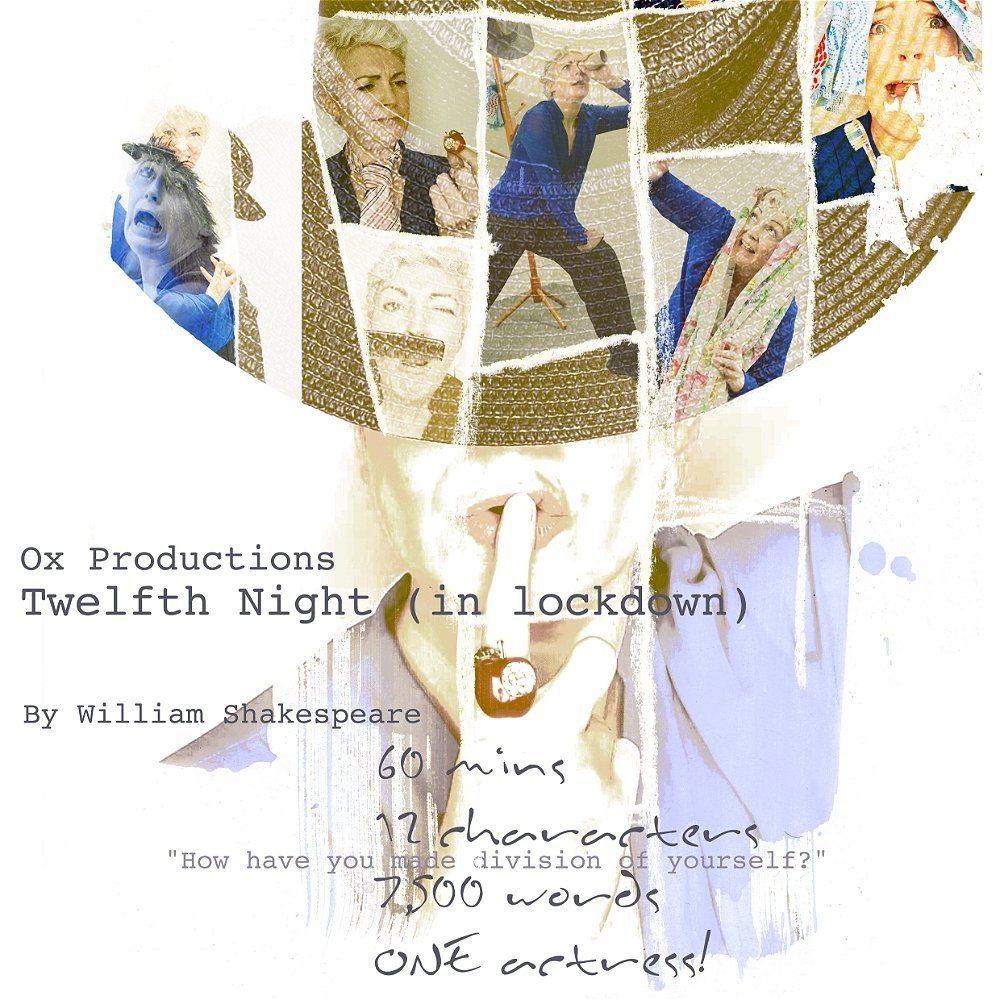 Performing at Brighton’s Electric Arcade, Orla Sanders delivers a one-woman rendition of Shakespeare’s ‘Twelfth Night.’ As hilarious as it is manic, this performance is an incredibly entertaining watch – with a noble backstory to boot.

‘Twelfth Night’ (In Lockdown) was born out of a desire to help those working on the frontline attain much-needed PPE during the first lockdown. Her sister works as a nurse at Royal Sussex County Hospital, so Orla was acutely aware of how desperately they needed supplies. As such, Orla put together this solo version of the twelve-character play, raising £730 for PPE equipment by performing live on Facebook. Now back on the stage, we were treated to ‘Twelfth Night’ (In Lockdown) in the flesh.

Orla’s bouncing between the twelve characters filled the room with an air of bewilderment, which fits the atmosphere of the play to a tee. This is not to say the performance itself is confusing! Any movement between roles is demonstrated masterfully. Clever utilisation of props, accents and noticeable character traits all help to keep the audience on track of who they’re watching at any given moment. The palpable befuddlement comes from the events of the play being channelled through Orla.

Given the plot of ‘Twelfth Night,’ one person acting out all of these characters actually seems rather fitting. Confusion about Viola/Cesario’s (and later Sebastian’s) identity seem to have been summoned into a sort of meta-play, with Orla acting out this mistaken identity drama wonderfully. In this way, the audience is being given another lens through which the who’s who, mirror image, doppelgänger debacle can be seen and understood. Normally in ‘Twelfth Night’, at least one person is two people. In this performance, one person is twelve; and it is GREAT.

Stand out moments include Sir Toby’s raucous party, Viola and Sebastian’s doppelgänger moment and, my personal favourite, a particularly chaotic fight scene. The appearance of Malvolio’s little finger moustache never failed to get a laugh out of the audience. Overall, this production is a joy to watch.

When asked why she chose ‘Twelfth Night,’ Orla told us: “It’s my favourite play and the funniest Shakespeare play in my opinion. I wanted to make people laugh and forget about the lockdown for 60 mins!” This goal was certainly achieved, as seen by the money Orla raised for Royal Sussex County Hospital. The play has been transposed to fit the one-person format brilliantly and watching Orla perform on stage is like watching a whirling dervish. With grace and kinetic vitality in her act, it is clear to see that Orla loves what she is doing – and we loved watching her do it!

Orla is bringing ‘Twelfth Night’ (In Lockdown) to Camden Fringe at the Etcetera Theatre (23rd and 24th August at 13:30) and we absolutely recommend checking it out.

Quotes from audience members of the Facebook LIVE performance:

That was amazing!!! How on earth do you do that?!! Guy McGrath