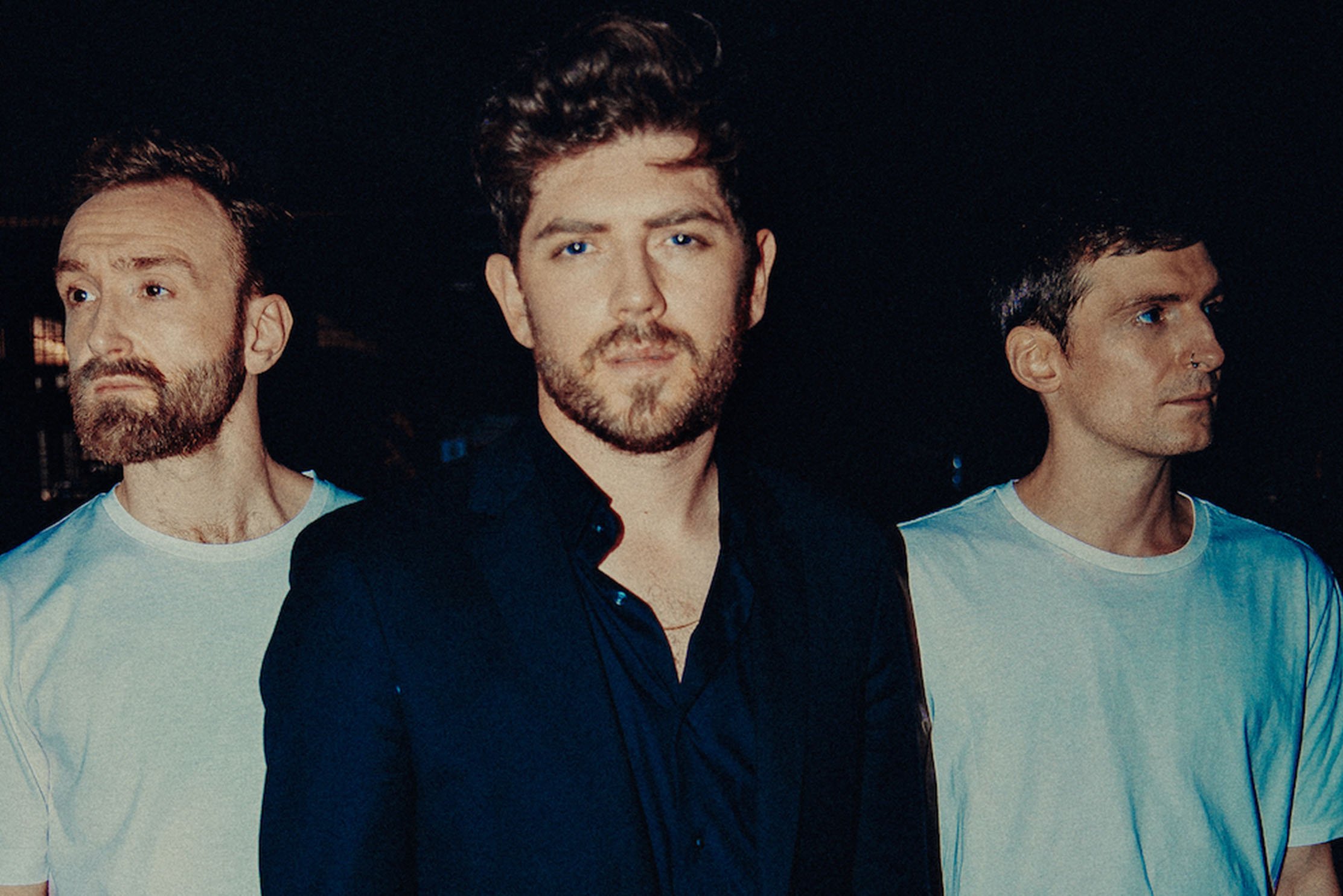 Scots arena rockers Twin Atlantic are back with their devastating new album Power, which is stunning fans with a dramatic shift in style and tone.

The gritty guitars of the last record GLA have been swept away by a thunderous wave of glorious synthery, cascading out of your speakers in the most potent, anthemic choruses the band have ever produced. If ever an album was made for festivals, stadiums and arenas, it’s this one.  “I see it as an arrival rather than a departure,” says frontman Sam McTrusty. “It wasn’t a deliberate plan to be different. We had this new studio with loads of new equipment, we’d lean on something, it would make a cool sound and that would birth a song. It was like being back to the beginning when we started writing and I’d been playing guitar for less than a year, so it was the joy of discovery. We were back to that template of, if you like it just follow it, there are no rules, it doesn’t matter.

“I think fans will get it but if they don’t, that’s cool, things I loved ten years ago I don’t now, you grow in and out of things. To try and make music for people who like what you did before means we are stuck in a loop. We are doing the opposite, we are trying to forecast what people will like six months from now so they may not like it at first – and we started writing two years ago so we were looking pretty far ahead”

Sam, Ross McNae and Craig Kneale approached this record completely differently on the advice of former producer turned pal Jacknife Lee.  He encouraged them to build their own studio and essentially produce the album themselves.  So they bought a mountain of equipment they didn’t know how to work, and messed around with it until they made this frighteningly good record. And rather than isolate themselves as they used to when making music, they went the other way completely, surrounding themselves with a barrage of input to reflect the way we all live these days.

“We used to dim the lights and focus on nothing but the music – this time we did the opposite, looking at movie trailers, Craig’s pictures, our phones, we had a barrage of input because that’s the life we all live now. Everyone is fully stimulated all the time, that’s why there’s so much going on in the songs, that’s by design.

“We are trying to reflect the culture of bombardment.  We’re confident, carefree really about it. I love it so much and I enjoyed making it so much that I don’t really care if people like it, in a good way.  I have no anxiety or nerves about it. Even if people hate it.

“We’ve always tried to be different but just been too respectful of the rules.

“We just always made music from a place of absolute gratitude for opportunity because we are from a small country that sometimes is the butt of a lot of jokes culturally, and we had a shot to add to culture, so we always thought ‘try really hard, respect the genre that we have been allowed to play in alongside some of the biggest bands of all time so felt we should try to fit in. It’s a sign of the times we don’t have to fit in anymore and know we never did which is why I don’t think we ever really gelled to our full potential until now.”

The record’s roots lie in electronica and the band’s surprising – to some – love of dance music. It’s the first time they’ve explored that passion in their own music and the results are incredible.

In The Loop at The Arch in pictures

“It’s a whole part of our adulthood that we have never let influence our music before. We are from Glasgow, which is world famous for nights out. It’s got this whole culture where you go to a gig then you go to a club night afterwards. For some reason we had separated the two in our heads. Then it was like a moment of arrival we figured out a way to fuse those two things. That is the BIGGEST influence on the whole thing.

“It’s not about us signing to a major label so we’ve made a pop record with snyths on it, on the face of it I can see why some people might think that, but it’s turning a corner in our lives and having an awakening.

“We were in our studio in Glasgow and Ross and I had a ‘eureka’ moment where we listened to Felix Da Housecat’s Ready To Wear. Not many people really know that from our world but the sound of that song sparked something, like ‘wait, we could do that but in our own way’. This side of our musical taste has always been there, we just haven’t brought it into what we do before, and it was so stupid. We thought we were only good at this one bit of music so that’s what we need to do. Until now.”