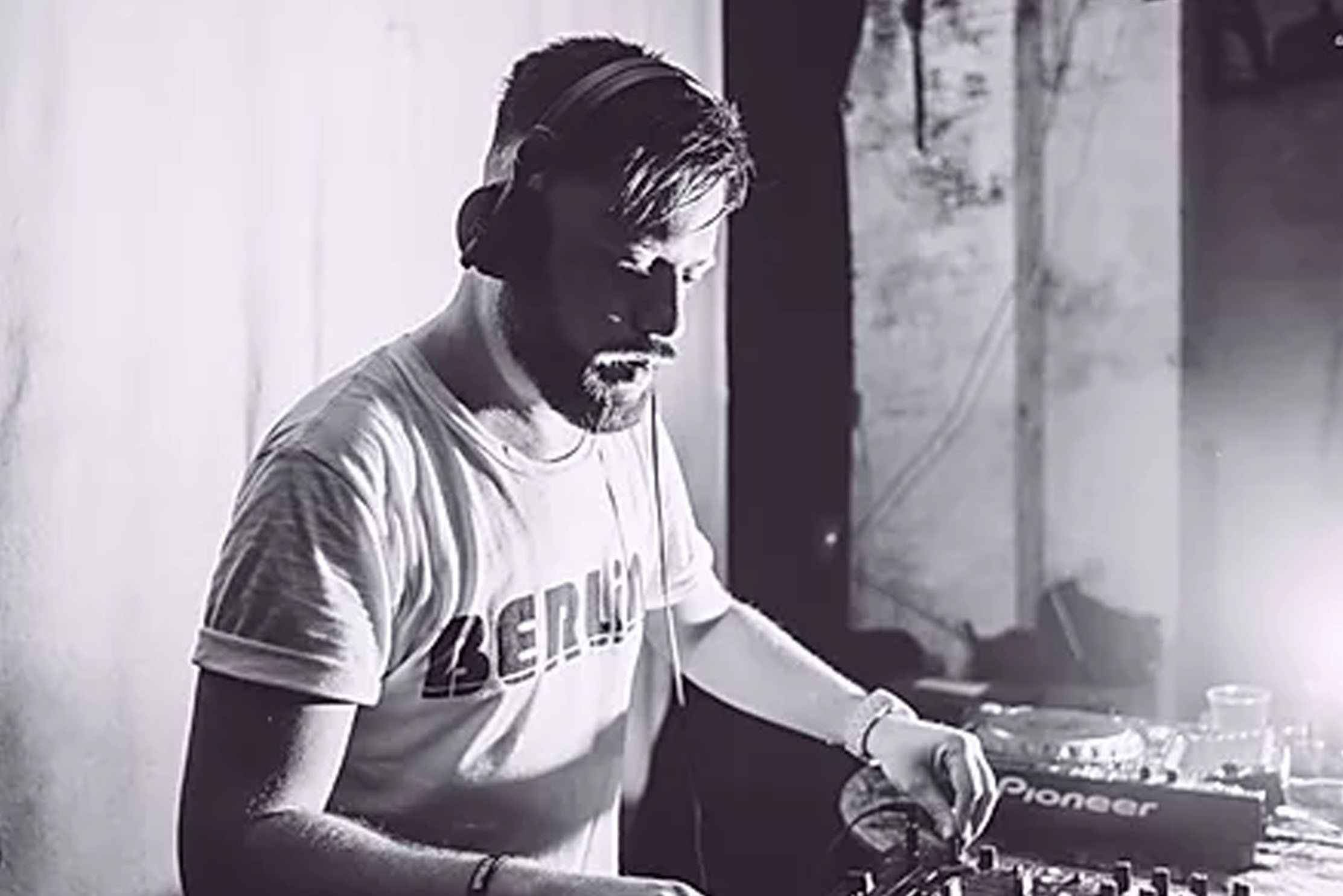 Kicking off last weekend, Brighton bounded onto the global streaming community. United We Stream Brighton is an online showcase which platforms the cream of local music talent, while helping raise money for the night-time economy, cultural organisations and charities.

Watching these amazing performances is free, but donations are welcome. All proceeds will go to support bars, clubs, pubs, venues, restaurants, performers, freelancers and cultural organisations across Brighton & Hove as well as contributing to the fight against homelessness and the vital work undertaken by the Grassroots charity and Audio Active.

Last week’s launch events attracted over 80K views, and performances from 12 artists in six different venues.  Now set for another four days of quality music, with the cities best artists and venues, we spoke to the promoter of (perhaps) Brighton’s best underground dance event – Markus Saarlander.

How did you get involved in United We Stream Brighton?

As you know I have been running Berlin parties in Brighton for the last six years and I was astounded by how quick the city of Berlin mobilised its artists and venues into a streaming movement across the city in a matter of days following the lockdown. Many of the top clubs from Tresor, Watergate, Ritter Butzke, Kater Blau, Sisyphos and more all started streaming from their empty venues with top DJ’s on the line-up. Lo and behold ‘United We Stream’ was born. I immediately got in contact with some of the venues and contacts we have done showcases with here in Brighton and UWS direct, but at the time it was only an initiative in Berlin. It didn’t take long for the UWS to spread to other cities in Germany before other European cities became involved from Vienna, Amsterdam, Manchester, Paris, Stockholm and more. Brighton became the 66th city that is now part of this amazing global movement and I’m immensely proud of what we have achieved in just three weeks!

What treats does United We Stream Brighton have lined up for us?

It’s certainly been a rollercoaster with promises, last minute cancellations, venue changes etc but I am incredibly pleased with our opening weekend.

We kicked off with homegrown label SKINT taking over the streams on Thursday 18th June with Rising star Kideko opening up at Norman Cook’s Big Beach Cafe, Dense & Pika performing in the British Airways i360 pod, with the finale being chart-topping duo Waze & Odyssey from the Brighton Centre. On Friday Sam Moffet from English Disco Lovers served up some uplifting disco vibes from The Better Half, followed by some groovin’ house beats from Seamus Haji with his signature Big Love sounds from The Tempest. Friday ended with a bang as we featured the UK’s leading Scratch DJ and turntablist and DMC Champion JFB, who wrapped things up from the Brighton Centre rooftop.

On Saturday my night, the long-standing Brighton based club night Berlin presented four hours of the finest underground electronic music vibes with Monica, Lola, Suze Rosser and myself. We kept things chilled on Sunday with Primal Scream’s Martin Duffy, who reminded us how we miss our favourite pubs with a DJ set from his local The Better Half, followed by blissed out vibes from popular seafront venue The Tempest with Flip Fantazia AKA Timo Garcia.

The music will continue over the coming weeks, so keep an eye out on the website and social media pages for the upcoming line ups. Acts to look forward to include: Anthony Pappa, Billy Nasty, Freemasons, Freestylers, Just Her, Kinky Dangerous, Krafty Kuts, Luke Brancaccio, Midfield General, Prok & Fitch, Steve Mason, Wax Worx and many more! We are having some big conversations at the moment, so watch this space! We are also looking to include more bands, artists, comedians and alternative entertainment for your viewing pleasure.

Would you agree that live streaming DJ sets has offered a huge platform for some rising talents?

It has and there has certainly been an uplift in quality. When lockdown first happened we were inundated with bedroom scenes but many venues and artists have really started to add character, style and thought into a lot of their streams, some of them turning into some fantastic montage, multi-camera driven streams. One of my favourite ones recently was by United We Stream Bremen, who streamed out of a second-hand clothing shop surrounded by reams and railings of clothes with alternative dancers. Great music and fabulous to watch.

Is it more difficult to play remotely to an audience?

It is as you miss the interaction. As we headed into lockdown I continued my weekly The Berlin Radio Show from home, which is normally on Brighton-based Trickstar Radio every Wednesday 18:00-20:00 and it became a fun little hub of Berlin regulars and friends joining the stream and meeting up every week for a catch up and some banter, whilst enjoying new and fresh music. In that sort of interactive fun format it’s great, but the stream we did at Zahara last Saturday for Berlin was definitely strange, blasting out music to an empty club but with the lights in full swing and a cameraman pointing his lens in your face. As artists we all agree, we are definitely missing that crowd interaction, building a journey and a dancefloor and seeing lots of hands in the air and smiling faces.

What do you make of the rise in illegal outdoor parties? Could this signal the demise of inflated DJ fees, now that people are placing greater value on the social aspect of dance music?

Who doesn’t like a naughty party in the middle of somewhere? But, in all seriousness, with social distancing and COVID it really isn’t advisable. This isn’t the second summer of love. The first time round there wasn’t a disease that could kill, so whilst I understand people are desperate for a good old rave up, we need to be restrained and stay at home and follow government guidelines as they develop. The recent extension in bubble sizes and meeting up with people is certainly positive but the disease hasn’t simply disappeared, it’s still important to be safe.

Regarding the inflated DJ fees, I truly hope so. I think that some of the fees have been silly. I know this from first-hand experience being a promoter. Some of the prices quoted when you’re putting on an event in some of the smaller venues make your eyes water and you simply can’t justify it. Berlin-Brighton has always had a mantra to create a great community where people can see top artists for a reasonable price. I have been adamant all these years that I won’t go above a certain door price just because its XYZ. People need meet up, dance, see friends and discover great artists and music but not at top dollar prices or daft VIP divides.  I hope people have seen many artists that they have never heard before and that they see them when they get out there again.

Obviously dance music will carry on, but what impact do you think lockdown will have upon it?

I think you will have two types of people, the ones that just want to get at it and be front row and the other group will be more cautious going to clubs and bars especially in the smaller venues where things can get crowded. I think parents in particular will be more cautious to partyi, as the last thing they want is to get ill and come home with COVID and have to self-isolate. There are still many ifs buts and maybe’s. When clubs do finally open, I think there will be restrictions on numbers and perhaps even space restrictions on dancefloors. This may work in the bigger venues but the smaller venues will find it more challenging. On reflection, whilst the bigger venues may have more space, they may only be allowed to let X amount of people in, meaning that they will also suffer as they can’t let the numbers in to cover the costs of running a big venue. I think there are many question marks here but I think streaming parties will be here to stay but perhaps we’ll see far more outdoor events, whether that’s on big screens showing DJ sets or outdoor stages and festivals.

Do you have any plans on introducing socially distanced Berlin Brighton parties?

There have been a few ideas. Funnily enough as the new measures were announced yesterday, I was already inundated with messages from regulars asking when the next Berlin party was and if we would kick things off with our longstanding Berlin Beach Kollektiv party on the Tempest terrace, which was scheduled in for July before COVID. Realistically, I don’t think it will happen but who knows, we have rescheduled our Watergate showcase at our new home CHALK for Fri 28 Aug. Whilst that may seem optimistic I guess we‘ll have to watch this space. Switzerland has already started opening clubs again, but we’ll have to see what happens.

Have you got any plans for when this is all over?

2020 was going to be a big year. We moved to our new bigger home CHALK in February and kicked things off with the amazing Einmusik. We had some big shows programmed there every month for the rest of the year as well as our Beach Kollektiv parties at the Tempest and lots of other things I can’t mention. We were also going to start our Berlin parties in other UK cities, and on a personal note, my DJ bookings for the rest of the year were looking great with lots in the pipeline, not just in Brighton but the rest of the UK and some European bookings. But we must be patient, we have a loyal fan base and one of the best club communities out there and I know we’ll be back bigger, better and stronger than ever. Berlin after all was and always has been by the people, for the people and about the music.

United We Stream Brighton broadcast live from the city’s landmarks on Thurs – Sun every weekend. Find out more at: www.brighton.unitedwestream.org

You can find out more on Berlin-Brighton and their parties, at: www.berlin-brighton.com