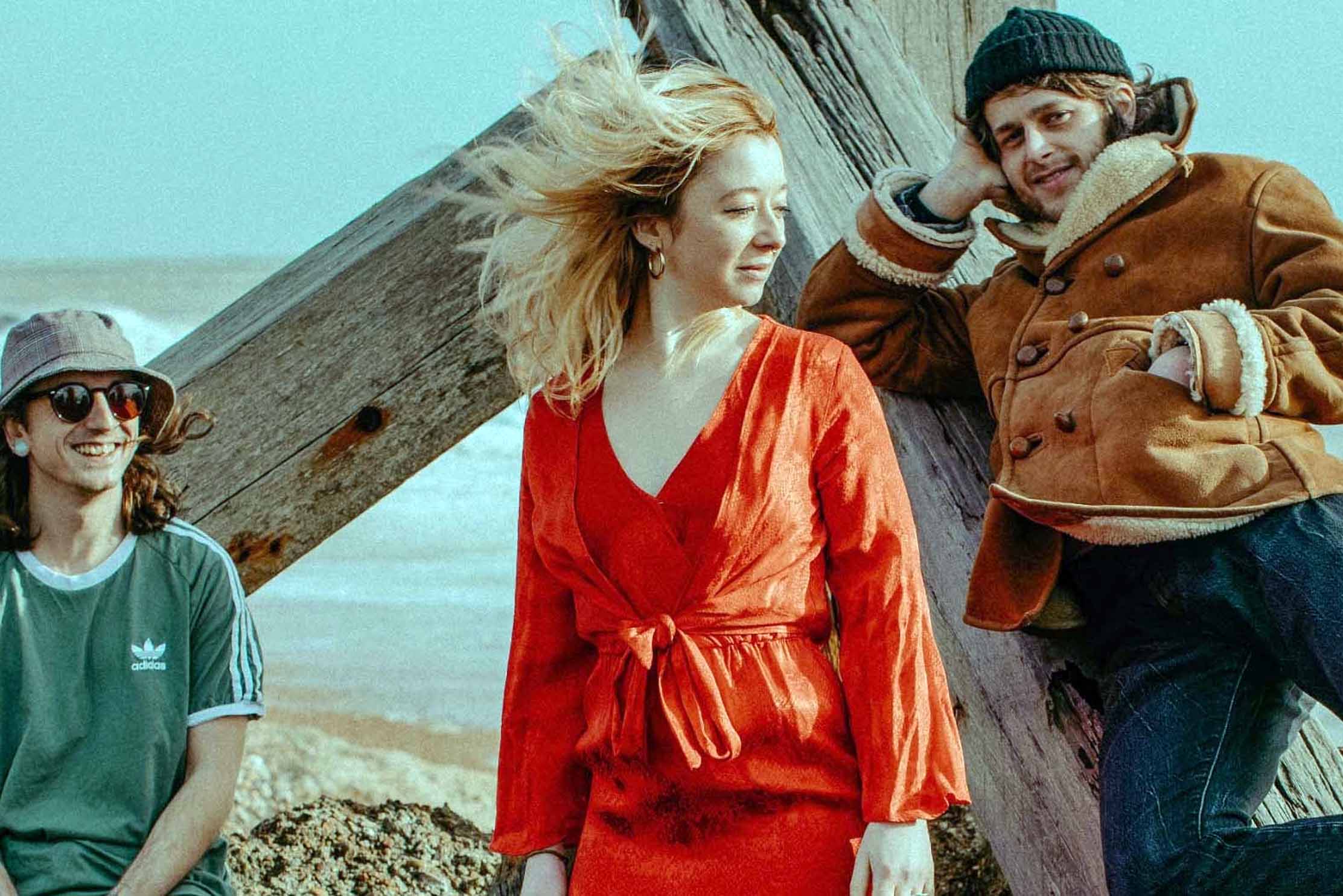 After a few weeks off for some well-deserved rest and guest streams from UWS partner cities, United We Stream Brighton continues its mission to showcase the city’s best artists and venues. Alongside the incredible music offerings, it aims to raise money for local charities and to help keep the city’s nightlife alive.

Week 12 features another takeover from The Empire Agency showcasing some up and coming live artists from Komedia and local DJs playing form some of our favourite venues.

On Fri 11 Sept United We Stream Brighton returns and opens their virtual doors for the 65th time, to kickstart your weekend with the amazing and lovely Nina Carina to your screens.

Nina is a Brighton-based DJ, vocalist, songwriter, producer, whose career has been blossoming as of late with many guest appearances across various streams and radio shows. A much-loved figure within Brighton’s music scene, we are chuffed to have her on the line-up playing direct from the New Unity on London Road.

The music continues with Wax Worx from the beautiful Southern Belle pub. Winner of the Fatboy Slim and LWE Events Smile High DJ competition; Wax Worx was born to make people dance. Whether he be in the studio or behind the decks, Wax Worx has an undeniable energy that stands out in his production and is a sight to behold in his killer sets. Wax Worx has also been part of the biggest party promoters in the world; elrow at their original Barcelona club and his presence, dedication and pure love for the music and the scene shines through and will always leave you shouting for one more…

United We Stream Brighton finishes off Friday night with big hitter Scott Diaz at Rialto Theatre! Scott has ploughed a wide and all-encompassing path during his almost 20 years as a music fan, clubber, DJ and artist, playing and producing right across the spectrum of house. As a champion of great music, with a refusal to be pigeon-holed, his influences and sound range from jacked-up warehouse grooves and the club-focused UK tech sound right through to raw, soulful, jazzy cuts, filtered disco and mid-90’s U.S garage jams, taking in so much of what’s great about modern house music.  No matter the venue or occasion, he maintains the same refreshing approach to his sets as to his productions with the result being a cultured blend of classic influences and modern club- ready grooves – always with the dancefloor in mind.

On Sat 5 Sept, The Empire Agency take over the streams as we welcome the amazing London based songwriter/producer Emily Underhill to our screens who creates atmospheric, arresting indie electronica under the name Tusks. Beloved by Lauren Laverne, Annie Mac, Wonderland, MixMag, The Line of Best Fit, DIY and many more, Emily, entertained 2000-strong rooms on a 2017 tour with renowned Icelandic singer-songwriter Ásgeir, with more exciting plans are on the horizon once touring can commence once again.

Next up is Chloe Foy, with her strikingly beautiful voice and emotionally direct songwriting, Chloe has captured the attention of rapidly growing UK and US audiences.  With the release of her singles Asylum, Flaws, Oh You Are Not Well and In The Middle Of The Night, she has accumulated over 10 million plays on Spotify, as well as earning the praise and airtime of the likes of NPR Radio’s Bob Boilen and the BBC’s Steve Lamacq. She has just been named a 2019 BBC Introducing “One To Watch” by Radio 3’s Late Junction and has been championed by Clash, Line of Best Fit, Earmilk and more.

Shoegazing trio Hanya, are a band who have been gaining traction over the past year, fronted by Heather Sheret who is the owner of one of the best voices in music today. Her ability to switch from delicate pristine vocals to a fractious roar mid breath and then back again is, well, breath-taking. ‘Live, they create a truly mesmerising and unforgettable experience.’ says Clash Magazine.

United We Stream Brighton finish Saturday night with Brighton four-piece band Beach Riot, who describe their sound as “hooky catchy fuzzy noise”. Beach Riot are a band with the sole aim to play as many sweaty, moshy gigs as possible, and write hooky, loud, fuzz laden pop tunes that make people lose their minds. The band have previously been included in the BBC’s list of new bands to see.

Earth to play Komedia on 24 Feb

With over 1 million views United We Stream Brighton continues to showcase the city’s talent to the world, reminding us of all the venues which are closed and we are missing during this time.

The music will continue over the coming weeks, including more bands, so keep an eye out on the website social media pages for the upcoming line ups. Acts to look forward to include; Metronomy, Mystery Jets, Penelope Isles, Flyte, Bess Atwell, Electric Soft Parade, The Wytches, Egyptian Blue, LIME, Otzeki, Speelburg, Ejeca, VONDA7, The Empire Machine and many more!

A movement that started in Berlin during lockdown that has spread to over83 cities around the world, United We Stream Brighton continues to showcase the music, culture and free-thinking rainbow infused spirit to viewers at home, whilst raising money to support the city’s nightlife, cultural organisations and charities.

The idea is for locals as well as people around the world to enjoy and experience Brighton’s music, art and culture through the website and social platforms. United We Stream Brighton is free, but with donations welcome, and all proceeds will go to support night-time economy businesses and cultural organisations across Brighton & Hove as well as contributing to the fight against homelessness and the vital work undertaken by the Grassroots charity and Audio Active.

Please donate what you can to raise money for Brighton’s nightlife, cultural organisations, charities and the fight against homelessness.