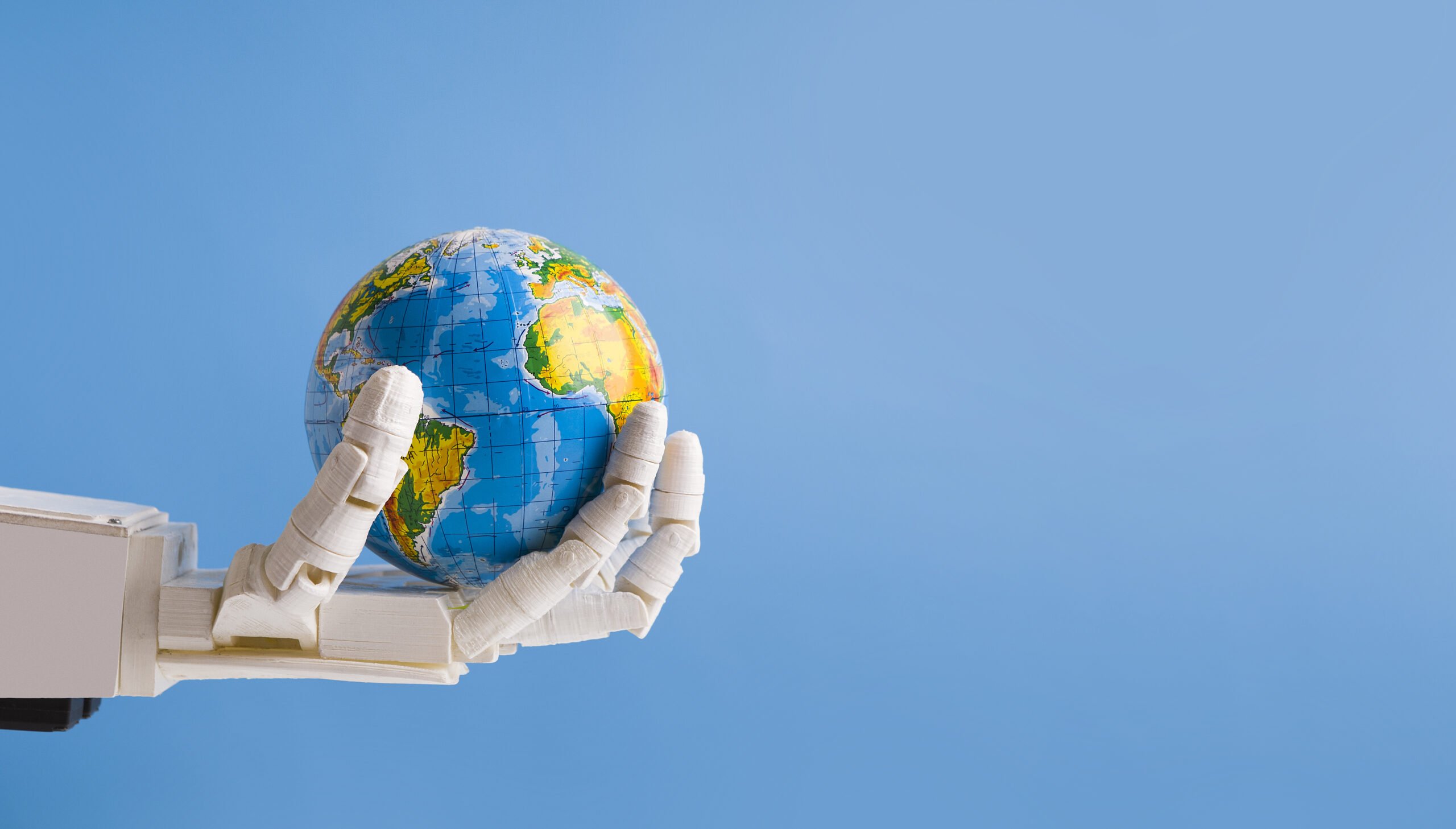 I know what you’re thinking: the world’s strange enough as it is at the moment, in the grip of Covid-19, how can life get any weirder?  Well, rest assured, mankind’s capacity for peculiarity seemingly knows no bounds – if you don’t believe me, read on. Actually, even if you do believe me read on, there’s a feast of cheap puns.

Well eel be damned
First up, a man coming up with the worst excuse since Dominic Cummings tried to explain his day out to Barnard Castle. A man in his 50s was rushed to hospital in Guangdong, China with severe abdominal pains (and presumably quite a red face). And the reason for his stomach cramps? A touch of gastroenteritis? An acute case of appendicitis? No, he’d shoved a live eel up his arse.

Sure, we’ve all thought about thrusting live animals into various entry points of our body for sexual gratification (I won’t mention Richard Gere or “gerbiling”) I mean, who wouldn’t? (Please know I’m joking, Mum!) But to dabble in formicophilia (the medical term for such antics – I’ve just learnt this, honestly Mum, I promise, this is not what I’m into) with a 16-inch live eel is something else. Although, to be fair, the man in question explained that it wasn’t a sexual thing, rather it was an attempt to cure his constipation. Yeah, right – and when I get an ingrown fingernail I go and fist a horse! (Maybe you should just stop reading, Mum).

Flight of fancy
As we all know, the greatest part of going abroad is the painstakingly slow trawl through the airport, queuing at every possible chance, and the subsequent time spent next to other sardines squeezed into a metal tube with dry, circulated air being breathed and rebreathed by all of us in turn, while we make futile attempts to get the attention of a member of cabin crew to ask for a blanket, or a TV screen that works, or for the large man who’s fallen asleep on my shoulder to stop dribbling on me. And once we get to our sunny destinations, all we do while we lie by the pool and sip on our pina coladas, is dream of our imminent return journeys, where we can once again be held in a stuffy room with no air conditioning and, ideally, be pressed up against a large sweaty man’s drenched linen shirt.

No, come to think of it, it’s not really my cup of tea either. It appears, however, that many people do seem to love this aspect of travelling, and have missed it during the lockdown. Consequently, in Taiwan, an airport has started running fake two-hour fights for customers to get their kicks. And the crazy bastards lucky people who get tickets are “treated” to a full check-in service, security and immigration checks, and are given a boarding pass before boarding an Airbus A330 where they sit quietly for two hours, presumably failing to attract the attention of the full cabin crew on board. Maybe our friend with his recently de-eeled arse might get a ticket in the hope that the security checks are extremely thorough…

On the Lam(borghni)
In a show of first-class parenting, a 5-year-old boy was stopped by police driving his parents’ car in Utah, as he was off to California to buy a Lamborghini. It’s good that parents these days are putting their foot down and making kids go out and earn their own things.

You’ve got to take your hat off to the pint-sized protagonist for his ambition, motoring skills, and, presumably, his ability to work a GPS, as there was no report that he was heading in the wrong direction. In fact, the police’s main observation was that “he might have been short on the purchase amount as he only had $3 in his wallet.” I wonder if that might be underestimating this child genius’ haggling skills – given that he can drive at about the same age I was learning which bogeys were the most delicious, I wouldn’t rule out him convincing a car salesman to hand over the keys to a Lambo for three bucks.

Like a rat outta hell
In more terrifying lockdown news, there are reports of people being harassed by rats. That’s human beings, getting bullied by vermin. As of mid-June, The British Pest Control Association had seen a 51% rise in rat call-outs since March. It is thought that the dramatic rise in cheap horror movie scenarios is due to restaurants and shops being closed down, so the rats haven’t got the convenience of waste tips and overflowing bins for their evening takeaways, and are having to search further afield.

The rats are not only more prevalent, but they’re also becoming more ballsy, brazenly going out hunting in daytime, reportedly with a “come on then, if you think you’re hard enough” twinkle in their eye (“reported” by me, just now). What’s more, they’re not even being scared off properly anymore – rather than simply fleeing when someone shoos them away, they half run away, then turn around, seemingly assessing their tormentor with the idea of challenging them to Round Two.

However, in a happy, albeit gross, twist, due to the relative scarcity of food for them, they’re also looking closer to home for food: at each other, in fact, and whilst seemingly imagining the other drenched in a barbecue glaze. That’s right, they’re turning into cannibals, scoffing each other down, perhaps with a fox shit foam, or a cat piss jus. As a result, it is thought the population may be declining quite rapidly. All we need is to have another six-month lockdown and maybe we’ll be free of rats! Perhaps we should Boris Johnson the Pied Piper of Hamelin? No, we’ll still call him a massive twat.

Yeezy does it
Speaking of twats, once decent rapper, now simply champion of self-satisfaction and purveyor of revolting trainers, Kanye West has said he’ll run for President of the United States this year. But in a beautiful demonstration of his competence for the top job, his bid for it may be over before it’s even begun, as it emerged he’s already missed several key dates, meaning he won’t appear on the ballot in six states.

He has since received the full support of megalomaniac oddball, Elon Musk, in a move which was summed up perfectly by co-founder of Rantt Media, voice of reason, and actual grown up in this situation when he tweeted: “Kanye West and Elon Musk are treating the most consequential election of our lifetime as a joke – consequences their money will shield them from. We’re sick of being trolled by oversized egos. Step up in a meaningful way to help us defeat Trump or sit down quietly.”

What Makes An Innovative Casino Company?

The most frightening part of all this is, given that a six-times bankrupt moron from the telly is the current president, what’s to stop the same nation that made that decision, putting a dangerously unqualified musician into the most powerful job on earth? Perhaps that’s why Musk is supporting him, as surely his SpaceX program will have millions more customers wanting to immediately flee the planet if the White House has to play home to President Kanye West.

Are you shitting comfortably?
Let’s finish off on a lighter note with a nice story of a doting 90-year-old grandmother type, who so lovingly smeared human shit all over a children’s swing when she – wait, what?!

Yep, in a great demonstration of the generosity of the human spirit, the nonagenarian resident of Gatchina, a town near St Petersburg, Russia, was filmed rubbing what appeared to be poo all over the seat and the chains of a child’s swing in a playground. Perhaps a case of lockdown-induced cabin fever? Well, apparently not. It is claimed by her presumably somewhat miffed neighbours that she’s been doing this and similar things for years, all in a quest to get the playground removed so she can have a flowerbed there.

On one (probably poo-covered) hand, knowing the amount of red tape you have to go through when applying to the local council for anything, you’ve got to admire her plan to find a short cut. But on the other hand, this seems like a mean dirty protest, using innocent local kids as pawns.

Did she at least listen respectfully to the rather reasonable objections from local residents? I think we both know the answer to that: no, she attacked them with a shovel. Which reminds me, I must give my Granny a call, before she comes at me again with a bag of poo and a harpoon.