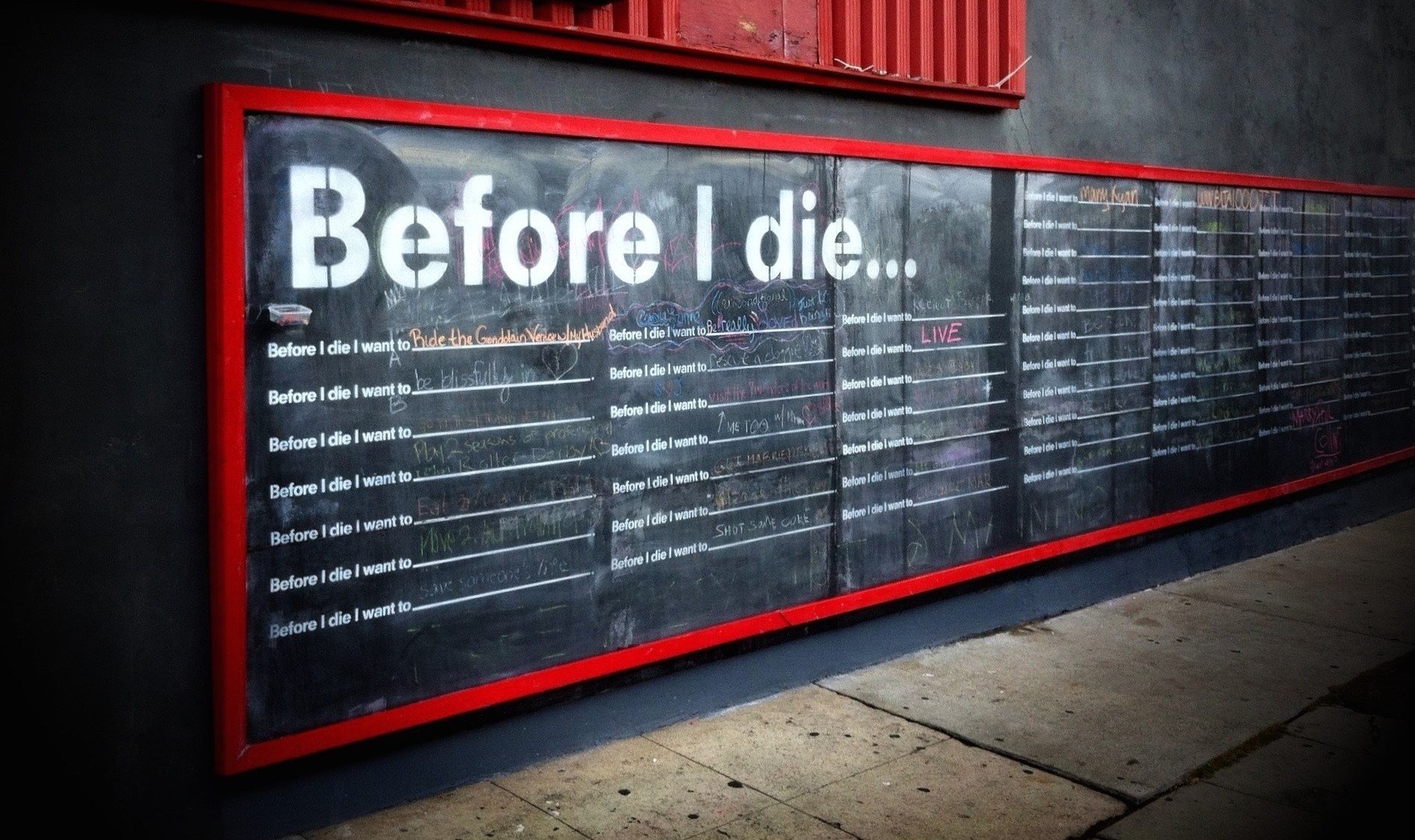 What I’m Looking Forward to After Lockdown

As well as all running straight to the pub as soon as the doors open at the end of lockdown (from lockdown to lock-in, ideally), there are many things we’re all craving: seeing friends and the simple act of giving your Mum a hug. Sitting down somewhere! Enjoying a picnic on the beach, or resting on a bench in Preston Park, watching life go by without feeling like a baddie breaking the rules. Never has the humble act of just sitting in an open space, with the sun on your face and the gentle hubbub of life as a soundtrack, seemed so appealing (cue: look off into middle distance, head at an angle, exhale, and dream…).

But as well as the gloriously mundane that I’m aching for (meals we’re going out for when we can, the gigs we’re going to see, the front rows we’re going to populate, the queues at the barbers we’ll actually enjoy), I’m discovering a hunger for adventure, a keenness to experience the unexperienced with a renewed urgency. Certainly, it feels like a time for us to be rewriting our bucket lists, or new year’s resolutions – just, written half way through Spring. So, I’m not going to dwell on the painfully close incidentals. Instead, here are five more exciting things I’m looking forward to trying after lockdown: the five new additions to my bucket list.

1) Be on a TV show
Fuck it, I’m doing it! I’ve been saying for years that I’d like to go on Pointless or Ninja Warrior or Going for Gold – like I say, I’ve been saying for years! And whilst Gold is no more and I’m way too fat and unfit (with no real desire to reverse either of those progressions) to go on Ninja, there’s no excuse not to apply to go on Pointless or some other such show. I’m no Einstein, but I at least know who Einstein was (he’s the dog in Back to the Future), and may get lucky enough with the questions to not humiliate myself. And even if I do, who cares? It’ll only result in a lifetime of piss-taking, and that’s still better than lockdown.

2) Go and watch a sporting event abroad
Remember sports? Something to do with accuracy and speed and balls? Well, not long before our world changed forever, England were in the World Cup Final of something called rug-bee. It rings a vague bell… What I remember more is watching the match at home looking out for my lucky bastard mate in the crowd, as he somehow found tickets, flights to Japan, and tolerance from his wife to fly out there at short notice, watch the match, stay the night and fly back. I’ve watched many sports live but always in the UK. Whenever the sporting calendar is up and running again, I’m off: to Roland Garros, to Augusta, to Australia’s notoriously partisan WACA, to Rio’s jewel in the sporting crown, the Maracanã. The list of legendary sporting venues across the globe is inexhaustible, and I want to see as many as I can before my bank manager or my partner (that sounds like the same person, but in this instance, I meant two different people) tells me off.

3) Be in a riot
I don’t want to encourage civil disobedience or violence, and this may not be on many people’s bucket lists, but I feel like I haven’t properly lived until I’ve been in a riot of some sort. I was nearly in one in Chile, and started taking photos as people fled from the police, fancying myself as a guerrilla journalist, somehow familiar with the streets of Santiago, where I’d arrived that morning. However, a kindly lady pointed out I was wearing an “I love Chile” t-shirt and suggested that, together with my pasty white English skin, perhaps I wasn’t blending in as a local as much as I had imagined, and that my presence may not be entirely welcomed by either side. I conceded the point and sloped off back to the safety of my hostel. Ever since then I’ve felt an unsatisfied part of me that wants to go out and take action for something I believe in, and for that to spill over into a good old-fashioned riot! To peg it from the police, to lose them down an alleyway, and arrive at home breathless and grinning.

4) Catch a politician doing something they shouldn’t
This shouldn’t be too difficult to accomplish; these folks are always up to no good. And a large proportion of them seem quite stupid, too, and seem more than obliging to behave in ways unbecoming of the office they hold, quite openly and in public – just look at the cabinet minister Robert Jenrick who recently, after imploring with people to stay at home and not visit loved ones, promptly left his home and visited loved ones. So, I want to spot a politician breaking the law, or having a bust up with his secret mistress, or dumping in a bus stop, or punching a swan, or anything else that this odd brand of human would probably think they’re allowed to do because they’re immune to regular people laws. And then enjoy splashing the photos all over the newspapers and taking a front row seat at their press conference to explain themselves.

How to succeed as a field salesperson

5) Kick down the door of a burning building and save a baby
I know, I’m not asking for much. Just that a building becomes ablaze and somehow a small child (an infant would be fine, my heroism isn’t picky, I’m not a psycho – I’ve got a form to prove it) becomes trapped inside. Step up me, filled with a sudden and thoroughly uncharacteristic surge of bravery, whereupon I say to the screaming mother “don’t worry, I’ll save your daughter,” and she screams back “it’s my son!” and I calmly reply “whatever,” a bit affronted by her attitude, but decide to let it slide, because that’s what heroes do. At which point I boot the door down in one meaty, fluky kick and run headlong into the darkness between the flames. I find the kid but then decide to wait just inside the door to up the tension, so when I finally carry him out draped in my arms and we emerge from the smoke (ideally in slow motion) the crowd can’t help but cheer. I glance at one of the news cameras that have gathered just long enough to wink down the lens (hmm, too much? I’ll think about the wink), before returning the child to his mother and lapping up the plaudits of the baying crowd. As I say, not asking for much.

So, there are my humble additions to my bucket list: I hope they’ve inspired you to add to yours. Although if there’s a sudden spate of unexplained housefires and heroic rescues, I’ll be furious.