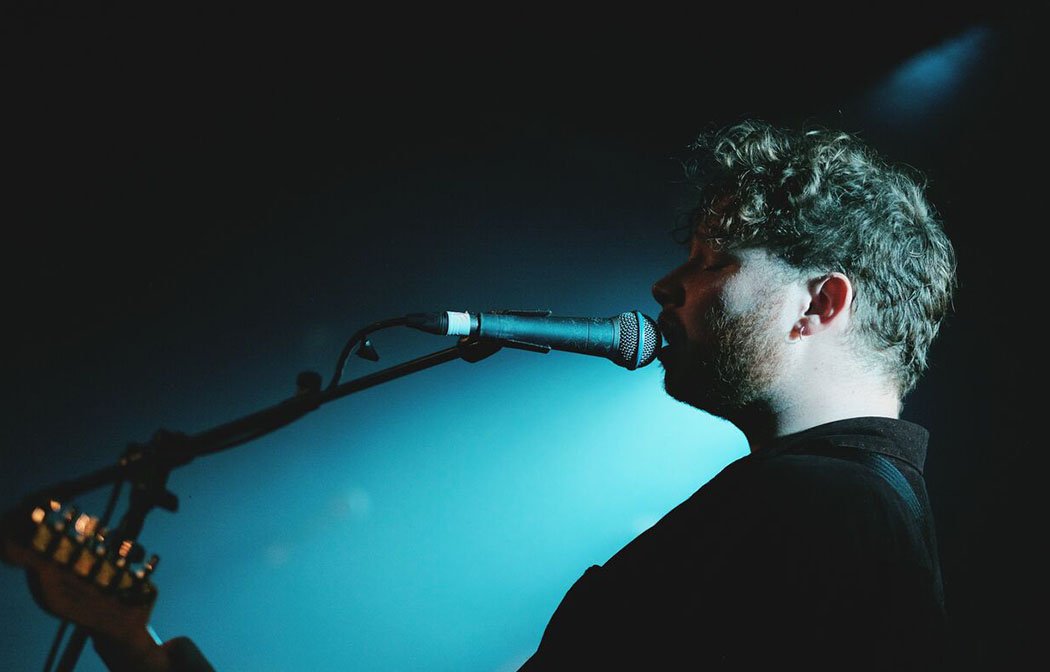 While standing in the doorway of a closed noodle bar next door to The Hope & Ruin, I caught up with Southampton-based Wild Front who took some time out of their post-festival UK tour to talk local venues and upcoming releases.

Their latest single Make You Feel was released on Weds 5 Sept and has featured on Apple Music’s ‘Best of the Week’ in five different countries.

“We’re really proud of that tune, it’s probably a bit more poppy than what we’d normally do but we wanted to do that with it,” says Jack Williams, frontman.

“Playing it live is super fun, and we’ve had a really good reaction from lots of people.”

Unsurprising, considering the dedicated set of fans they’ve built for themselves over the years. While the South Coast may feel familiar to them, they’ve been pushing to add a new place every time they tour. 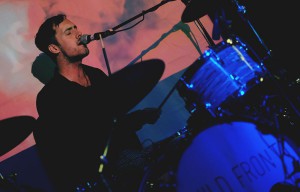 They seem excited to be back down south, especially Jack: “We’re so stoked about Southampton, it’s our biggest ever show. Those shows feel a bit different because it’s our hometown, so the crowds are bigger than anywhere else.”

That said, the love for Brighton is still there for him after having been here for university: “Brighton is my favourite city for sure, it’s got that hometown feel for me.”

Brighton has no shortage of local artists, and in among the wealth of independent venues Sticky Mike’s Frog Bar is set to close at the end of the year. Not only is this a loss to gig lovers, but to bands too. Jack said: ““Independent venues are where a lot of people learn their craft and how to gig.”

Josh Betteridge (drums) said: “It’s really important if you’re starting up to make a name for yourself in your city, but also if you’re starting to get established you still need to be able to go to other cities and play there – if all you did was play massive venues it would be pretty hard.”

Despite their ever-growing presence, Jack still loves one of Southampton’s most well-known venues, The Joiners – anyone who’s anyone now played there at the start of their careers.

“It would be a lovely dream to get a bit bigger and go back and play it, that would be something I’d really love to do one day,” he says.

And on local artists, Wild Front have a lot of people they’re loving right now. Arcade Hearts and Lauran Hibberd are two big favourites, as well as Toreador who are supporting Wild Front at their Southampton show on Fri 19 Oct. 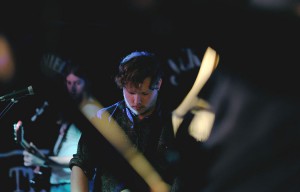 With such constantly busy schedules I’m amazed they have time to find new music, but they still have some recommendations.

Phoebe Bridgers’ debut Stranger in the Alps, and Wolf Alice’s Visions of a Life are two recent albums they’ve been loving, even if the most played song in their van, Clem Vandango, is Rage Against The Machine’s Bulls on Parade.

Having heard rumours floating around about an album next year, we talked about that – but the boys are in no rush to push anything out until it’s ready “We’ve been in the studio and writing a lot,” said Jack. “We’re working really hard on getting a big body of work together so writing loads and loads and trying to decide what’s the best way to put that out.”

It could be tempting, having spent so much time touring and doing festival circuits, to hide away for awhile and release an album. But for now, their focus is to write as much as possible and get everything sounding right, until they have a bank of songs they love and want to release until the world.

With that said, where will we see them this time next year? Likely, more festivals and touring, and hopefully with a new bunch of gorgeous songs out and more on the way.