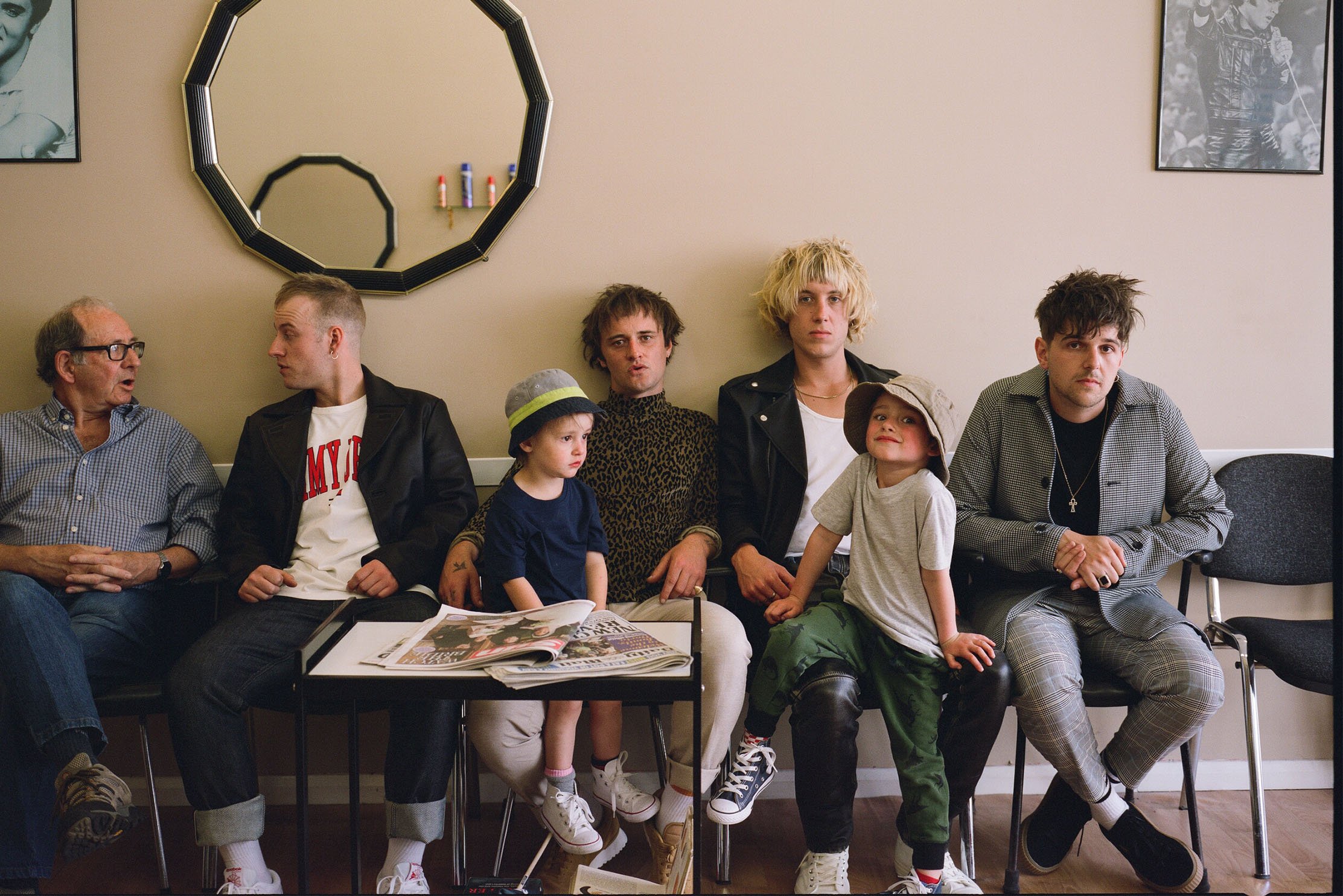 Will & The People – interview

Brighton quartet Will & The People are already taking their music around the world. With a release scheduled for Fri 27 Aug, their new track Animal was recorded in Los Angles with Thom Russo (Audioslave, Michael Jackson, Jay Z). Taking on modern society’s occasionally febrile ‘cancel culture’, it makes the case for primitive acceptance, desires and social conformity.

Will & The People draw comparisons with Iggy and the Stooges. But, they aren’t following a formula or trying to fit in with the pack. This is a band who play music because it makes them feel good, free and whole. 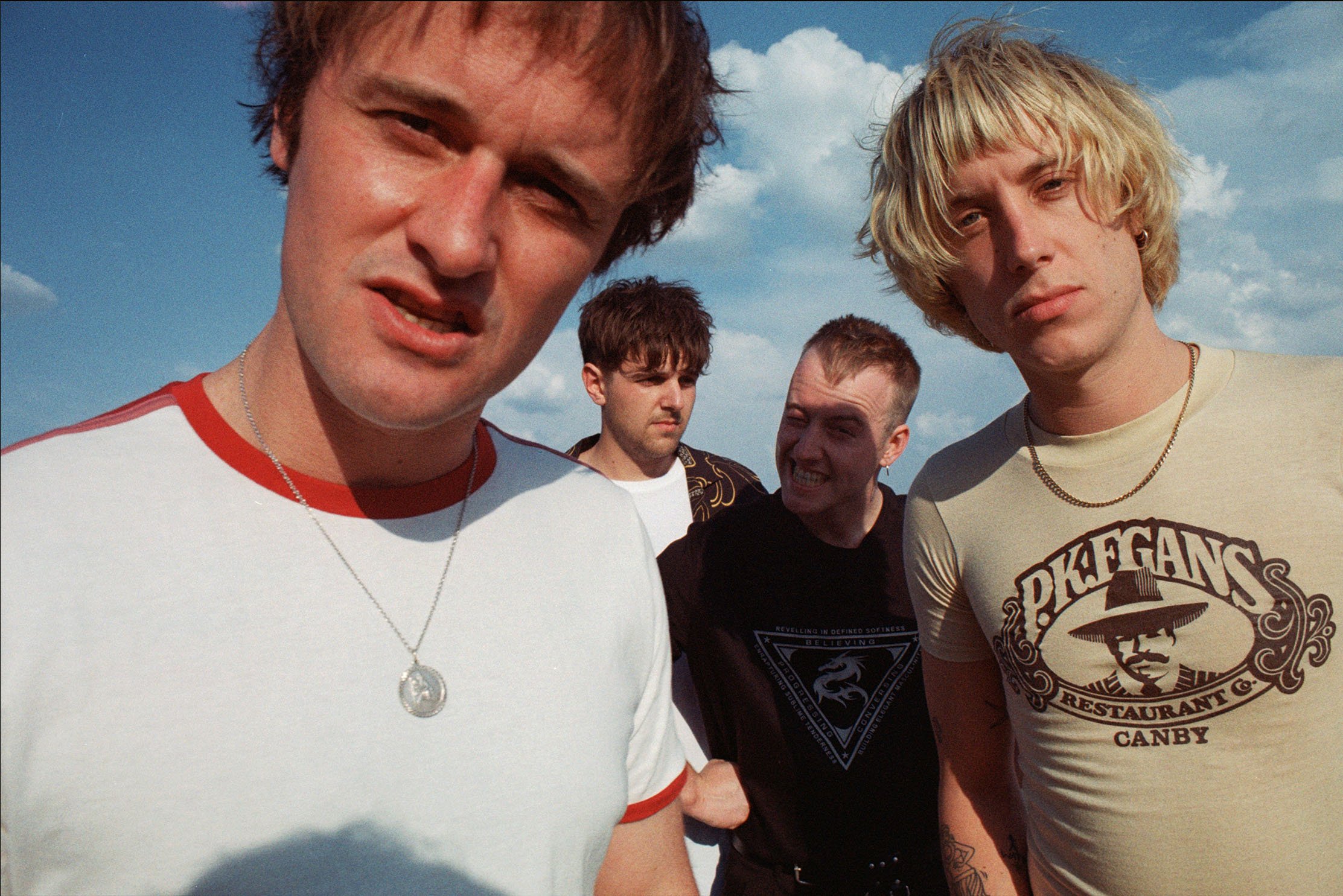 Their music is nostalgic, colourful, both melodically and lyrically, and it packs a punch; heavy guitars, catchy synth lines and punchy drums frame these wonderful compositions. Live and in the flesh, they are a force to be reckoned with, and is where they truly shine.

Now, fresh out of a pandemic, free as birds, with a new music under their belt, they are stronger than ever before. There’s a large UK tour about to launch, and an album coming in November. As they prepare to unleash their feel-good vibes on the country, we caught up with the guys to find out more.

Did the producing album meet all your ambitions, or did it create some new ones?

In a word yes. We’ve always self-produced our records but with this one we really feel like we’ve cracked the code, all of us are writing, singing, playing multiple instruments and generally using all of our skills in synergy to make something greater than we could create individually.

We started the session with a handful of scraps of songs and no expectations, and ended with a complete album that all makes sense together and feels like it has something to say, so we were chuffed with how it came out.

It has definitely sparked a yearning to delve even deeper into production, both for our own music and for others, sometimes working on other people’s music teaches you much more than you could learn only focusing on your own thing and I think that’s another thing that we’ve learnt, collaboration is king.

What was it like recording in LA? Did this glamorous location influence your music?

Recording in LA was about as good as it sounds to be honest! We ate a LOT of Mexican food which was beautiful, as well as plenty of burgers and dogs, food is pretty important to us. Haha!

The location influenced the music for sure though, perhaps not the glamorous side as much as the grittier underbelly and the surf and skate culture out there. We did have some mad experiences with some pretty legendary dudes from that 00’s pop punk scene, recording at Bob Hurley’s studio, hanging with Danny Way and recording at his studio, The Madden Brothers from Good Charlotte and Tom Delonge trick or treating on Halloween, all pretty surreal to be honest.

I think essentially the scale and scope of the US definitely influenced us, bigger guitars, a desire to fill bigger venues with our music and sound, and ultimately bigger bellies by the time we got home hahaha.

Thom Russo is a rock legend. Do you think he added an extra dimension to your work?

Oh 100%. Thom is one of the sweetest and most spiritual dudes you could care to meet, but fuck me does the man know how to make shit heavy. We were actually with him the day he got the news of Chris Cornell’s passing who he’d worked with recording all of Audioslave’s records as Rick Rubin’s protégé. Obviously, it was a very sad day and we were sensitive of supporting him and giving him his space, but he wanted to keep recording, after he’d played us the isolated vocal scream from Cochise which was literally spinetingling. He has such an amazing ear for parts and melody, the track was a lot barer before he worked his magic on it, we were so pleased when we heard what he’d done, really took the track to another level we didn’t know it could go to. Such and inspiring and generous guy, one of the real ones y’ know? 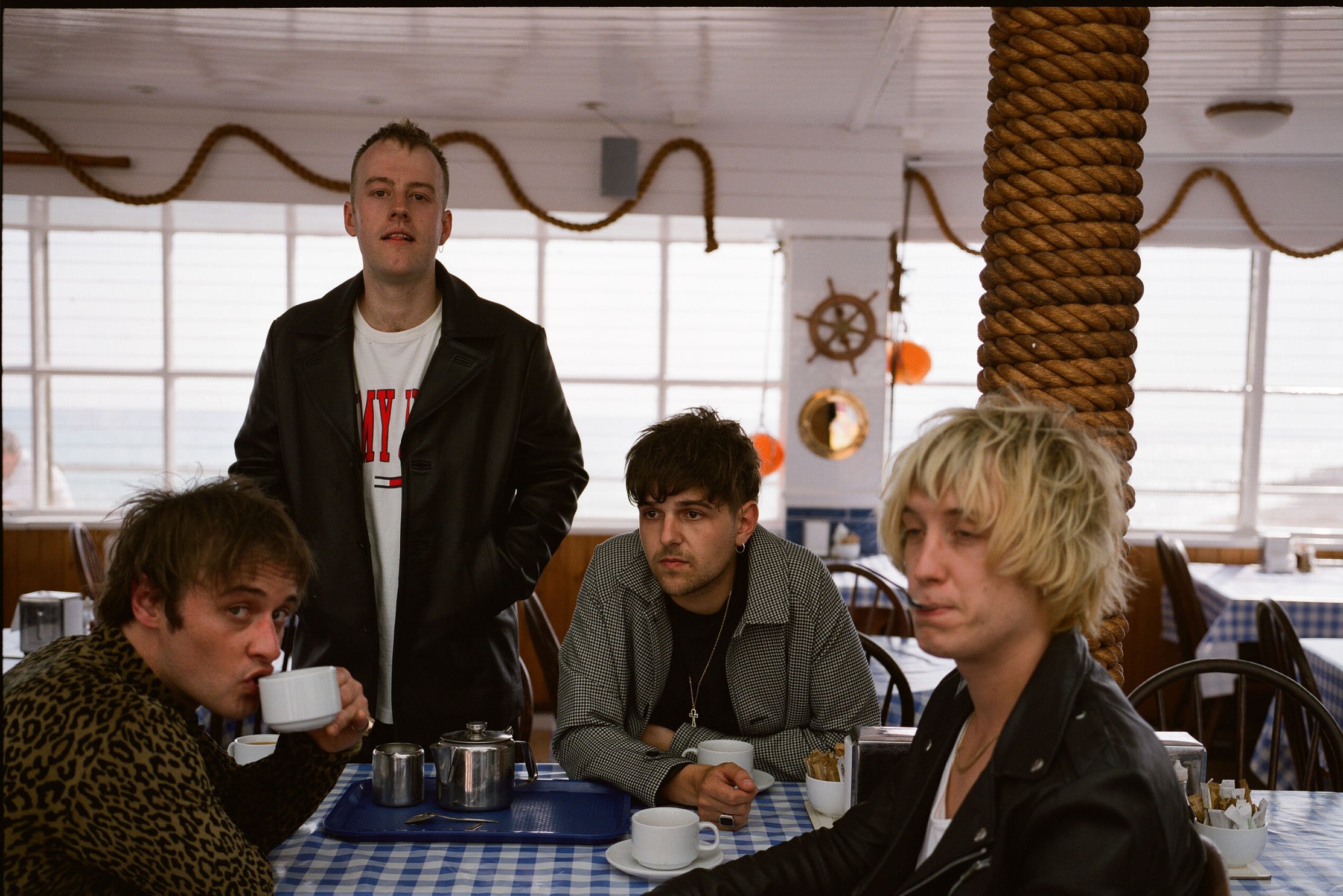 What do you want people to take away from the upcoming album?

I think we want people to be taken on a journey, a musing on the sadness and beauty of life, the tough few years that all of humanity has endured, and the idea that life is to be enjoyed and appreciated whenever possible, even more powerfully in the face of adversity, when we’re forced to dig the deepest and show our true human potential. Keep your chin up, smile, breathe, look up more and ride out the bad times, cos the good ones are only round the corner.

Supporting Rag’n’Bone Man is a pretty big deal. Are you going to be pulling out all the stops to smash those shows, or are you just going into them calmly?

It is a big deal, he’s a real legend and we’re grateful he asked us. It  was surreal to finish a show and see him waiting backstage to greet and congratulate us! I mean we always go pretty hard at our live shows, we like to bring the energy, so yeh, we’ll smash it up. It’s the first time in a while playing in front of a big audience outdoors, so inevitably the adrenaline will kick in and we’ll have them jumping by the end of the first track, come down!

Is there such thing as the Brighton scene? Or is it more of a disparate group of fabulous bands?

Although we’ve all lived there over the years, it was never at the same time, so we didn’t get as involved in the scene as we’d have liked. There’s definitely a ‘large’ group of fabulous bands, although I don’t know how ‘disparate’ they are, although I suppose our story of being from there but never really ‘there’ is a case in point. A few of the great smaller venues we used to play have gone now, but the Great Escape is always a fantastic opportunity for the scene to get together and showcase the best upcoming local and non-local talent, Brighton seems to attract interesting people, we love it. 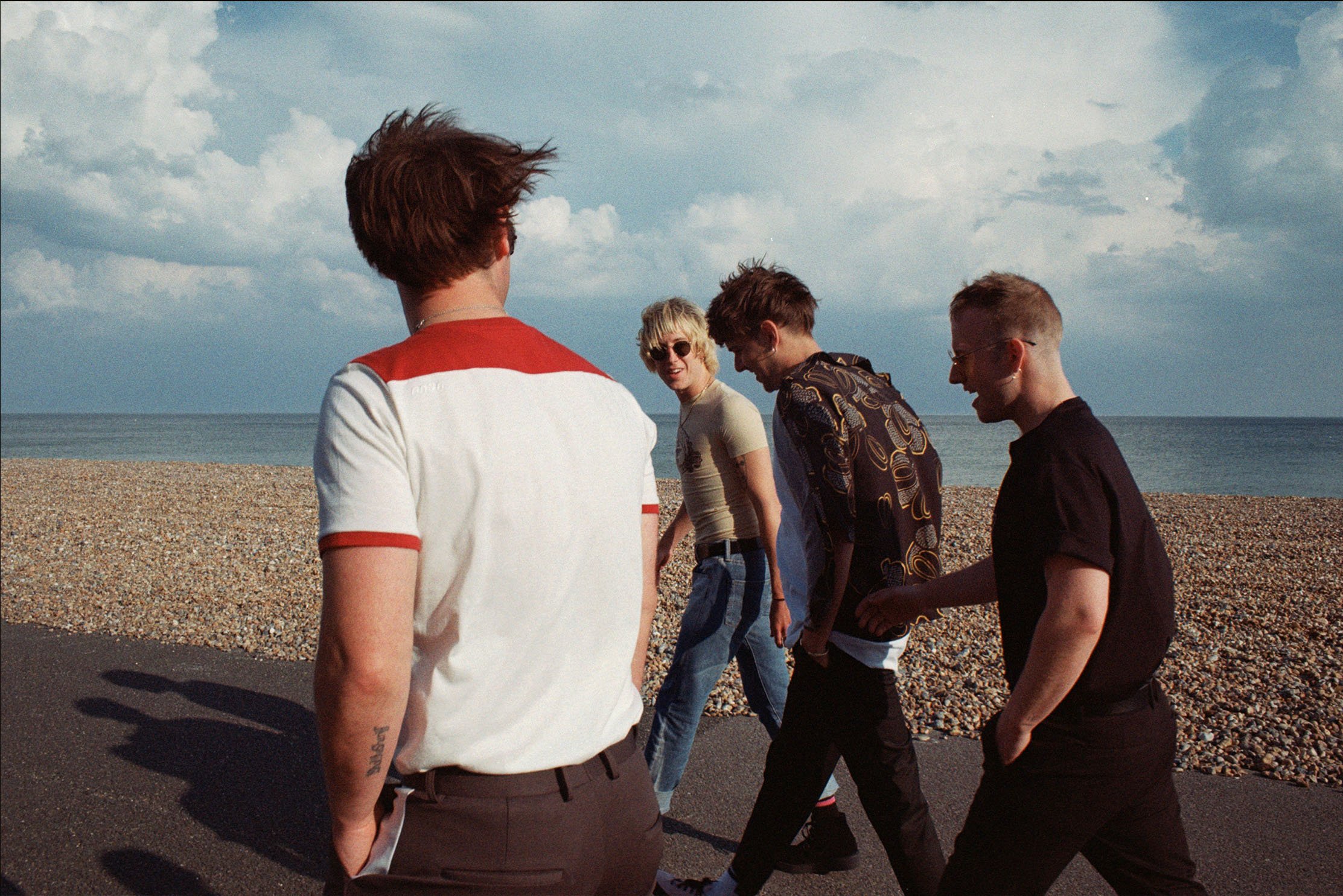 Do you think there is a danger of using terms like ‘cancel culture’ to side-step responsibility and reality?

Yes, I agree there is certainly a danger of using ‘cancel culture’ as a way of side-stepping responsibility and reality, as someone like Donald Trump might do (who was certainly in mind when we wrote Animal), but I would also acknowledge that it has crucially broadened the conversation around what is acceptable and what isn’t, despite bad actors always using divisive subjects to polarise populations further for political power.

I think as we face our deepest flaws and disturbances as a species there will undoubtedly be disruption, but ultimately, I hope we can reach a more equal society without it being used to further divide us.

I suppose the concept of Animal is just acknowledging our primal and carnal instincts that we all have, not seeing them as good or bad but just acknowledging them, in order to try to better understand them. It’s a tongue in cheek take on our often-unacknowledged nature of being a grotesque, drooling, parasitic species that would sooner let the planet be destroyed than stop our constant and desperate instinct for progress and plenty. Sacrificing our health in order to make money, then sacrificing our money in order to recuperate our health.

Do you think music can be a force for change?

Totally. Music can be one of the most powerful vehicles for change because it can distil deep and universal concepts into 3-minute catchy songs that connect on a deeper level than just the physiological. A great song can change the way you see the world, or can make you feel connected to something larger than yourself, which as spiritual beings in a material world, I think we all need.

The best music in my opinion is the most honest, as it is able to reveal universal truths and remember our connection, and in turn be a force for change in people’s lives.

Will & The People release their new single, Animal, on Fri 27th Aug, with a new album promised for November. They also play Arundel Festival Of The Arts on Sat 21 Aug and Brighton’s Patterns on Tues 24 Aug 2021