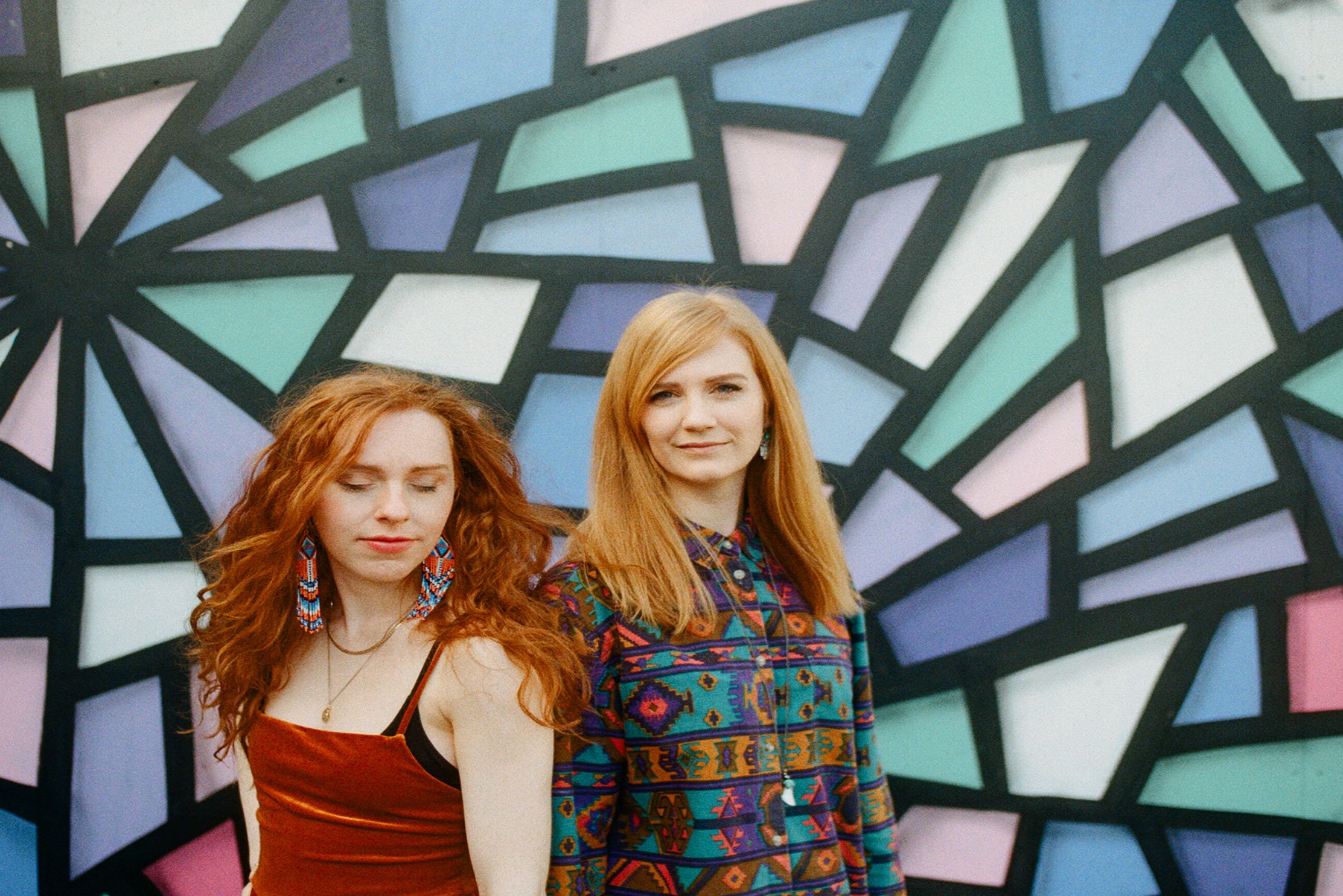 An exciting duo born out of the joint talents of multi-instrumentalists Zoe Nicol and Rosie Jones, Worry Dolls released their debut album Go Get Gone earlier this year. Now the superb pairing bring their impeccable songwriting and stagecraft to Lewes’ Con Club on Thurs 24 Oct.

Serendipity brought Zoe and Rosie together at an open mic when they were 18 and studying music in Liverpool. Both redheads with guitars, on their chosen path of becoming solo singer songwriters, and both falling under the spell of O Brother, Where Art Thou?. Paired by their teachers for an opportunity to have their songwriting critiqued by Paul McCartney, they were inspired to start composing together, and could now be described as an almost telepathically linked songwriting force.

Discovering a unique chemistry and symbiotic vocal harmony with their voices, they set off together making music as Worry Dolls. It was a new sound, blending the tender urgency of Zoe’s Irish-influenced voice with the fiery integrity of Rosie’s vocals and rhythmic guitar. Zoe transferred her fingerpicking skills to ukulele, followed by Earl Scruggs-style banjo, motivated by players like Emily Robison (Dixie Chicks) and Winston Marshall (Mumford & Sons).

Today also sees the release of the duo’s latest single, The River, which a perfect slab of pop goodness. Check out the sumptuous live version of it below.