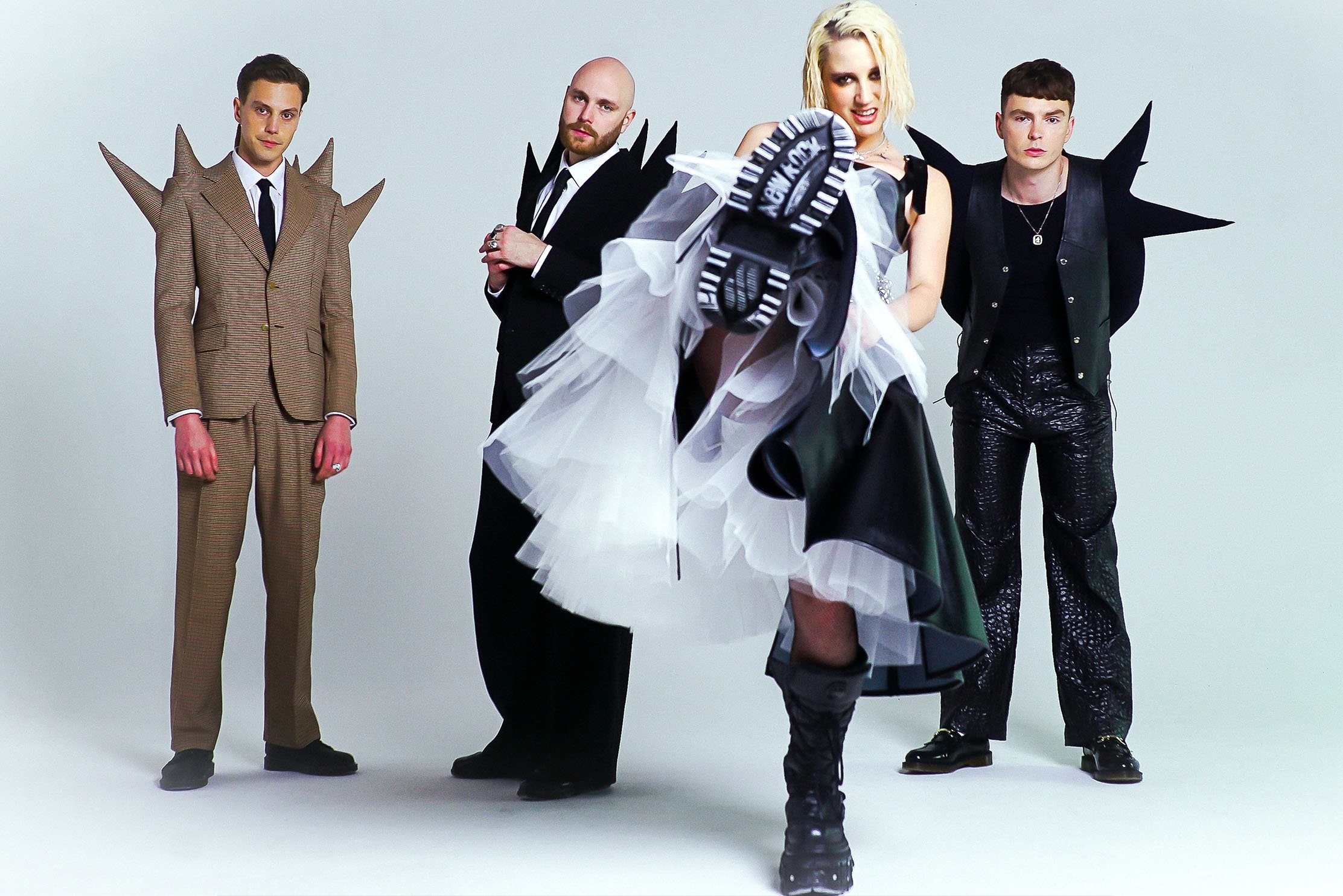 Brighton-based rockers YONAKA have returned with the first single since their debut album – the empowering and unifying, Seize The Power.

Produced by the band themselves, the anthemic track opens with an urgent spoken-word from lead singer Theresa Jarvis.

YONAKA cut their teeth on the live scene, supporting the likes of international heavyweights Bring Me The Horizon, FEVER 333 and playing prestigious festivals such Reading & Leeds, Bestival, Download and Isle Of Wight. The band are set to join Catfish And The Bottlemen at Singleton Park in Swansea, as well as well as Sonic Wave both in the Spring, and 110 Above Festival in August.

2019 saw YONAKA release their highly esteemed debut album, Don’t Wait ‘Til Tomorrow. Met with critical acclaim from tastemakers such as the Guardian, NME, Clash and more, the 11-track album has racked up a whopping 58 million streams on Spotify. Since its release, the band have been holed up in their Brighton home studio honing their craft, and finally creating the music they have always want to.

With Seize The Power signalling just the start of this raucous four-piece’s activities this year, BN1 spoke to singer Theresa Jarvis…

Has not being able to play live compelled you to be more creative in other directions?

I think not being able to play live for so long which is obviously such a huge part of what we do has just pushed us to bury ourselves in the studio more and write tons more. A usual year would be broken up between touring/writing and recording so without touring we’ve just had the studio. Honestly though we

miss it so much, the people, the feeling and the sweat.

Your album, Don’t Wait ‘Til Tomorrow, sounded so confident and empowering. Is this just down to great songwriting, or did the recording process take it to the next level?

We never rely on the recording to make it great, When we write, we record it as we go, so the writing has to be up to standard and already sound great. Then when we get into the proper recording process that should just excel the sound, but it has to already be (to us) a great piece of music in the writing alone. That being said, we love getting into the production side, as we do it all ourselves, and adding all the sparkly bits and sounds that catch you off-guard and bring it to life that bit more.

Like many breakthrough bands, you’ve acquired amazing audience figures on the internet. Do you think the digital revolution is set to do away with the old recording industry’s long-held hierarchical structure?

We love our fan-base to death and feel very lucky to have them and can’t wait to grow the family even more. I think we have to move with the times, or you get left behind. And being online ATM is obviously the only way to stay in touch with everyone and thank god for it.

I’ve always considered music-making to be a communal experience. Has lockdown adversely impacted your writing and recording, or has it made you discover interesting new ways of working?

So, me and Alex live together, and the studio is in our house – so we never stopped making music. Also, Rob lives 5 minutes down the road and pretty much moved in when we had our first lockdown… So, yeah, we were still all bouncing off each other and sending ideas back and forth with George who was in London. To be honest we wrote the most music we ever had in the lockdown, because we weren’t sharing the time with

travelling and shows etc, and we were going strong for months and months and starting to lose it by the end of Nov/beginning of December, but we just needed a break and jumped straight back into it at the beginning of the year.

While your roots are in rock, do you think the abandonment of music tribalism has helped open you up to a wider audience? Previously listeners would confine themselves to indie, metal, dance, folk etc… Are genres even important anymore?

Ok, so I absolutely love listening to music which mixes up genres. I feel like scenes are still there but a lot less now because everyone has such a wide range of music now. Like I love it and we, as a band, listen to so much different music. One minute it will be System Of A Down to Kanye West, to “Lady Gaga to Labyrinth.

Like it’s always changing. We get bored quickly. We need to be fed new stuff like every second. It’s weird because I never thought of us as a rock band, because I thought it was a mix of things. I didn’t know what to call it. At first, we were told we needed to be one thing, but I think the evolution in music isn’t about repeating the same old patterns of what we’ve heard 1000 times before. To make something fresh is really hard and when you hear something that sounds like nothing else, it’s just like; “WOW! WTF?”

You’ve been together for a while now. Have you developed a musical shorthand between you? Is your composition process getting easier and more intuitive?

We have been together for a long time now, like five years. We get stronger each day in our abilities to write and produce music. Like we only get better and being able to create these different sounds etc, because we are learning every day. I mean when we first got together it would take us like a year to write five5 songs, whereas last year we wrote about 100. So, yeah, I mean the time and work is a hell of a lot more. We write lots of different ways. A lot of the time starts with some weird sound on the comp, or I’ll have a melody or something like we still sometimes start on guitar, but very rarely now. I think when you have this whole world of different sounds at your hands, you just want to find all the new stuff that excited you. Of course, once we have the vibe we will then write the rest on guitar/bass/keys, but it just changes a lot to keep the feeling fresh.

Brighton has a solid reputation for club music. But dig deeper and the city has produced loads of really cool guitar bands. Is there a thriving rock scene in the city, or is it a huge coincidence?

Erm.. I mean obviously haven’t been to a gig in a whole year, so that’s shit, but actually I didn’t really see much of the club scene. I did see a lot of the guitar bands though, I feel like Brighton is that kind of place like there was a time where you would walk down the street and like every other person had a guitar on their back…